Donald Trump is continuing his homestretch campaign strategy of trying to stay on message. As the Clinton campaign also tries to focus on issues and policy in the heat of another FBI investigation, Trump rolled out his health care plan for the country. Noticeably, Hillary Clinton was largely absent from his speech Tuesday in Valley Forge, Pa.

"When we win on November 8th," he said, "and elect a Republican Congress, we will be able to immediately repeal and replace Obamacare. Have to do it. I will ask Congress to convene a special session so we can repeal and replace. And it will be such an honor for me, for you, and for everybody in this country because Obamacare has to be replaced. And we will do it and we will do it very, very quickly. It is a catastrophe."

Trump criticized rising premiums under the Affordable Care Act and took an opportunity to appeal to young voters, where his campaign's support has reached historic lows.

"This is particularly unfair to millennials and younger Americans generally who will be totally crushed by these massive health care costs before they even get started on their journey through life," he said.

The event was billed as an address on health care but segued into a more standard stump speech. Trump calmly and quickly mentioned his campaign's plans for health savings accounts, Medicaid dollars and family options before moving on to the topics of trade and manufacturing. He also turned to education, pledging to "totally eliminate Common Core and bring it local," then praised the concept of vocational training and promised to "start it up big league."

But despite his measured tone in Pennsylvania, Trump hasn't been able to completely resist mentioning the FBI controversy. He spent the morning before his speech tweeting about "Crooked Hillary" and the email case.

Crooked Hillary should not be allowed to run for president. She deleted 33,000 e-mails AFTER getting a subpoena from U.S. Congress. RIGGED!

Look at the way Crooked Hillary is handling the e-mail case and the total mess she is in. She is unfit to be president. Bad judgement!

And on Monday, Trump used a rally in Michigan to call out Hillary Clinton's top aide, Huma Abedin, and Abedin's estranged husband.

Trump turned the investigation into a campaign pitch. He warned the crowds that, if elected, Clinton would be too distracted by what he called "a constitutional crisis" to be an effective president.

"How can Hillary manage this country if she cannot even manage her emails?" he asked his cheering supporters.

But Trump himself, who is no stranger to court cases, lawsuits and scandals, has a few legal hurdles in front of him post-election day.

The fraud case against Trump University is moving forward later this month. Former students allege they were tricked into paying tens of thousands of dollars for real estate courses that ultimately had no teachers, classes or degrees.

And the Trump Foundation is still under investigation in New York for "impropriety," with Trump reportedly spending money from the foundation on himself and using funds to settle his lawsuits. 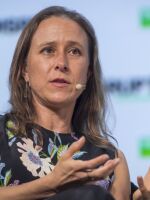 Lauren Hodges
Lauren Hodges is an associate producer for All Things Considered. She joined the show in 2018 after seven years in the NPR newsroom as a producer and editor. She doesn't mindthat you used her pens, she just likes them a certain way and asks that you put them back the way you found them, thanks. Despite years working on interviews with notable politicians, public figures, and celebrities for NPR, Hodges completely lost her cool when she heard RuPaul's voice and was told to sit quietly in a corner during the rest of the interview. She promises to do better next time.
See stories by Lauren Hodges
Latest Stories
Support news that matters in Kansas City
KCUR serves the Kansas City region with breaking news and powerful storytelling.
Your donation helps make non-profit journalism available for everyone.
Donate Now