Patients Demand The 'Right To Try' Experimental Drugs, But Costs Can Be Steep

In the last three years, 33 U.S. states have passed laws aimed at helping dying people get easier access to experimental treatments that are still in the early stages of human testing. Supporters say these patients are just looking for the right to try these treatments.

Such laws sound compassionate, but medical ethicists warn they pose worrisome risks to the health and finances of vulnerable patients.

California's "right to try" law went into effect in January. It protects California doctors and hospitals who want to prescribe any medicine that has successfully made it through a Phase 1 drug trial. That's the first stage of human testing required by the Food and Drug Administration — usually, all the study participants are healthy in the small Phase 1 trial, and it focuses merely on a drug's general safety and questions about dosage, not its effectiveness.

Phase 2 and Phase 3 drug trials watch for toxic side effects of the experimental medicine among a group of people who have the disease or condition. About 20 percent of all drugs tested in Phase 2 are found to have too many serious side effects to move on to Phase 3, the FDA says. And only between 25 and 30 percent of drugs that pass the larger Phase 3 tests for effectiveness and side-effects move on. Only after passing that several-year — and several-stage — gauntlet is a drug finally approved for market.

Assemblyman Ian Calderon, a Democrat from Southern California, and majority leader in California's assembly, was lead author of the state's right to try law, and thinks people who are terminally ill shouldn't have to wait that long. He says if he had just been given a terrible diagnosis, he would want to try anything possible to live.

He says the law seemed to him the logical next step, after California instituted a law in 2016 that now permits physician-assisted suicide.

Proponents of right to try legislation contend that some doctors have been hesitant to help dying patients, for fear of being penalized for using drugs or devices that don't have FDA approval.

California's law ensures that doctors can help patients petition to get investigational medicine from drug makers without fear of censure from the state's medical board. It eliminates regulatory obstacles on the state level, and creates processes for patient consent and data collection.

David Huntley, a San Diego State University professor who died from ALS, or Lou Gehrig's disease, in 2015, was among the patients who fought for California's law.

Before he died, Huntley testified in favor of the bill in Sacramento from his wheelchair.

His widow, Lina Clark, founder of the patients' advocacy group HopeNowforALS, says her husband completely understood what was at stake.

"The patient community is saying: 'We are smart, we're informed, we feel it is our right to try some of these therapies, because we're going to die anyway,' " she says.

It's a compelling argument, but there are serious risks according to doctors and medical ethicists.

"We know some people try to take advantage of our desperation when we're ill," says Dr. R. Adams Dudley, director of UCSF's Center for Healthcare Value. "If we take the FDA out of it, how do we protect people from physicians or drug companies that will want to sell them things and will want to prey on their desperation?"

Dudley says the FDA and the clinical trial process were put in place for a reason — not just to shut out would-be snake oil salesman, but also to ensure that manufacturers are producing a safe product, and not cutting corners.

"If you say there's a path that's not through the FDA," he says, "then there are billions of dollars out there to be made by skipping the important steps that we've developed."

Patients could spend huge amounts of money trying a drug that hasn't been proved to work, he says. And the patient may also be giving up their hopes for a controlled, peaceful death at home.

"Instead you try a drug and you get very severe lung problems," Dudley says, "and you end up on a breathing machine in a hospital. That could cost hundreds of thousands of dollars."

Although nearly three dozen right to try laws are now on the books, researchers at New York University who have been looking for evidence of the laws' usefulness haven't yet found a single substantiated case of a patient getting a drug by using a state law.

That's partly, perhaps, because the FDA already has a process to help patients and their doctors apply for the use of experimental drugs (and such requests are nearly always approved). Still, Calderon, Clark and others point out that the process entailed in these "compassionate use requests" is much too slow and cumbersome for many patients who are dying.

A new federal research law might help change that. The 21st Century Cures Act requires drug companies to be more transparent about how they decide who gets experimental access to promising medications, and how long it will take. 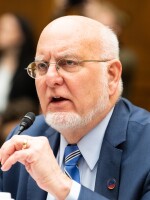 Carrie Feibel
Carrie Feibel is a senior editor on NPR's Science Desk, focusing on health care. She runs the NPR side of a joint reporting partnership with Kaiser Health News, which includes 30 journalists based at public radio stations across the country.
See stories by Carrie Feibel
Latest Stories
Support news that matters in Kansas City
KCUR serves the Kansas City region with breaking news and powerful storytelling.
Your donation helps make non-profit journalism available for everyone.
Donate Now