Republicans have been calling for the release of the Nunes memo for more than a week. And one place these calls were loudest was in the conservative media. North Country Public Radio's Brian Mann reports.

BRIAN MANN, BYLINE: Tune into most mainstream media, the debate over this memo sounded complex and described a messy fight where the Russia destination collided with government secrecy and transparency, where partisanship smacked up against the rule of law. But in popular conservative outlets, it sounded a lot more simple and sinister. Again and again, audiences were told there's a secret society within the Justice Department, a deep state plot by the FBI against President Trump.

SEAN HANNITY: Our sources are telling us that the abuse of power is far bigger than Watergate.

MANN: Here's Sean Hannity, the influential talk radio host, speaking on his Fox News TV show two weeks ago. On show after show, Hannity claimed that the FBI had been co-opted - corrupted and weaponized by Hillary Clinton and the Democratic Party.

HANNITY: What we're talking about tonight is an abuse of the powerful tools of intelligence that we use to spy on people, except those tools were used against an opposition candidate and a president-elect and his entire team.

MANN: This narrative dominated politically conservative online outlets, including Daily Caller and Drudge. They argued that concerns about the memo raised by the Justice Department, the FBI and Democrats were part of a cover-up far more dangerous than Russian meddling in the 2016 presidential election.

LIMBAUGH: If the FBI, because of the politicized nature - which can corrupt - has been used to advance partisan political purposes of some of the leadership, this we need to know. And it needs to be cleaned out.

MANN: Some conservative outlets have included voices skeptical about the decision by Republican Congressman Devin Nunes, chair of the House intelligence committee, to seek the release of this memo. Here's news anchor Shepard Smith speaking this week on Fox.

SHEPARD SMITH: This is from Devin Nunes, whose last big act of mass distraction was eventually seen as exactly that on the midnight run...

MANN: Smith suggested the memo was designed by Republicans to divert media attention away from the Russia probe. If that was the goal - to distract - they've been highly successful so far, Smith said. More left-leaning media, meanwhile, have largely embraced concerns raised by the FBI that the memo is dangerously flawed, omitting classified information that would have provided more context and a more balanced understanding of the Justice Department's activities and motivations. Here's Joe Scarborough, a former Republican lawmaker, speaking on his show on MSNBC.

MANN: Now the memo is out. Audiences will have a chance to decide for themselves - did conservative media beat the drums for a distraction that doesn't bear up under scrutiny, or have outlets like Fox and Rush Limbaugh helped raise even more troubling questions about the 2016 presidential election? Brian Mann, NPR News. 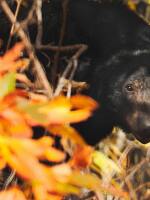