In California, it's a fight over immigration and states' rights. Attorney General Jeff Sessions gave a speech in Sacramento this morning where he said California is violating the Constitution by protecting immigrants in the U.S. without documentation. The Department of Justice has sued the state, naming Governor Jerry Brown and California Attorney General Xavier Becerra. We'll hear from Becerra in a few minutes. First, Capital Public Radio's Ben Bradford reports on the growing conflict between the Trump administration and California.

KEVIN DE LEON: Bring it on.

BRADFORD: The Justice Department's suit targets three California laws passed last year which, among other things, restrict how police and businesses can cooperate with federal immigration agents. Inside the hotel conference room, Sessions told a group from California law enforcement that the laws are obstructionist.

JEFF SESSIONS: A refusal to apprehend and deport those, especially the criminal element, effectively rejects all immigration law. It's a rejection of law. And it creates an open-borders system.

JERRY BROWN: And like so many in the Trump administration, this attorney general has no regard for the truth. What he said earlier today is not true. It is a lie.

BRADFORD: Brown noted that the laws specifically exempt most violent offenders from protection. Brown and proponents of the policy say the state is not obstructing but trying to stay out of federal immigration so immigrant communities have more trust in the police. The lawsuit is the latest escalation in a series of disputes between California and the Trump administration. Sessions devoted nearly two minutes of his speech to criticizing Oakland Mayor Libby Schaaf, who warned residents of an impending immigration raid last month.

SESSIONS: So here's my message to Mayor Schaaf. How dare you?

BRADFORD: The state is involved in more than two dozen lawsuits against the Trump administration about everything from immigration to climate change policies. Other states with sanctuary laws such as Colorado and Oregon will be eyeing this latest challenge by the Trump administration as it begins to move through the court. For NPR News, I'm Ben Bradford in Sacramento. Transcript provided by NPR, Copyright NPR. 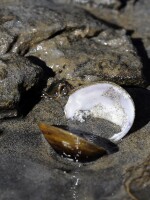 Ben Bradford
Ben Bradford is a city kid, who came to Charlotte from San Francisco by way of New York, Washington, D.C., and Los Angeles. Prior to his career in journalism, Ben spent time as an actor, stuntman, viral marketer, and press secretary for a Member of Congress. He graduated from UCLA in 2005 with a degree in theater and from Columbia University’s Graduate School of Journalism in 2012. As a reporter, his work has been featured on NPR, WNYC, the BBC, and Public Radio International.
See stories by Ben Bradford
Latest Stories
Support news that matters in Kansas City
KCUR serves the Kansas City region with breaking news and powerful storytelling.
Your donation helps make non-profit journalism available for everyone.
Donate Now