Critics Lash Out Against Planned Foxconn Factory In Wisconsin

In Wisconsin, preliminary construction is underway on this huge factory. The Taiwan-based Foxconn corporation is going to be using it to make LCD screens. And President Trump calls this a fantastic thing. But here's another thing. The factory is not so popular with some potential neighbors and with environmental groups who are worried about the Great Lakes. Here's Chuck Quirmbach from Wisconsin Public Radio.

CHUCK QUIRMBACH, BYLINE: The Foxconn complex will be nothing like Wisconsin has ever seen. By one estimate, the plant would draw six times more power than the next-largest factory in the state and spread out over a few square miles. Foxconn promises to eventually hire up to 13,000 workers, triggering $4 billion in controversial subsidies from Wisconsin taxpayers. The complex will be built on what are now mainly farm fields in Racine County, about a half hour south of Milwaukee. Standing at the edge of the site, county executive Jonathan Delagrave says with Foxconn making products like LCD screens, a local economy will be transformed.

JONATHAN DELAGRAVE: Foxconn, along with probably a few other handful of companies - they are the future. They're developing the future. And to be able to have that aspect here in Racine County is pretty cool.

QUIRMBACH: But forward-looking looking projects still have to deal with present-day concerns. The village of Mount Pleasant, where most of the Foxconn plant will be situated, has already spent millions of dollars to buy out farms and even small neighborhoods. While the village says it now controls 80 percent of what Foxconn needs, there remain holdouts. At a recent village board meeting, Kim Mahoney said she's upset with the process.

KIM MAHONEY: Your attorneys and consultants do not want to consider our offer. They want us to take theirs. And then they want all of you to believe we're happy about it.

QUIRMBACH: Mahoney's home is only about a year old, and she objects to Mount Pleasant's attempt to designate it as blighted. Mount Pleasant's Foxconn project director, Claude Lois, defends the term.

CLAUDE LOIS: We're not saying anyone's home is blighted. We're saying the location and the area of all those together becomes a blighted area based upon what's going on with DOT, with the lack of access to any of the roads anymore, what uneconomic remnants that are left that have no access to them.

QUIRMBACH: While Lois says the village is being fair, a number of landowners have filed a lawsuit challenging the government's powers of eminent domain. It's not the only controversy surrounding the Foxconn project.

QUIRMBACH: Another one is here along Lake Michigan, a blue-green jewel that holds perhaps a quadrillion gallons of water. Foxconn wants about 7 million gallons a day to use at the LCD plant. Most of the water would later be treated and returned to the lake. But because part of the plant in Mount Pleasant would be outside the Great Lakes basin, the company had to apply to the state of Wisconsin for the water under terms of the 2008 Great Lakes water diversion compact. Environmental attorney Jodi Habush Sinykin says there's a problem with a big corporation taking the water.

JODI HABUSH SINYKIN: The first and foremost criteria is that any water that would be sought for a diversion be used for public water supply purposes defined as primarily residential. In this case, that primary criteria is not being met.

QUIRMBACH: She'd like all the states and Canadian provinces around the Great Lakes to review the diversion request. But it was recently approved by Wisconsin, which ruled that it is for public purposes. Republican Governor Scott Walker, who controls the department that OK'd the diversion, sees these challenges as partisan attacks.

SCOTT WALKER: Politically, there's group after group after group that wants to find ways to undermine that. But when people look at the facts and realize this is less water usage than Racine had more than 20 years ago, this is well within the confines of the compact...

QUIRMBACH: Walker's re-election chances are, in part, tied to Foxconn moving ahead. State agencies are working to help the company recruit construction workers, but the bigger challenge will be finding thousands of people to work at Foxconn at a time when Wisconsin has one of the lowest unemployment rates in the country. For NPR News, I'm Chuck Quirmbach in Milwaukee. 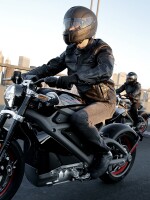