What Is The Song Of The Summer?

Every generation has a handful of songs that invoke memories of sweltering days at the beach, barbecue or backyard and the warm nights that follow. Since it's that time of the year again, we're asking: What are the songs of the summer for 2018?

Morning Edition asked an array of music critics to cast their vote. Hear their pitches at the audio link or read them below — and If you're craving even more summertime sounds, check out NPR Music's extended playlist on Spotify.

I realize the title is perhaps not appropriate for civil conversation. But I think they chose it, in part, to convey the sort of sheer and dramatic magnitude of their following. It's also a little bit, I think, about the dangerous idea that in America, money buys you some freedom. ... There are very, very few artists left that can capture the national attention instantly. At least in my neighborhood, this song was briefly playing out of every single car that drove by. These are pop royalty. This is the king and queen of the radio right now. -- Amanda Petrusich,The New Yorker

This song is a song about all the things we do to obtain sex. In the lyrics he says, "They put makeup on because they want sex. They buy clothes because they want sex. They use perfume because they want sex." Residente doesn't actually use the he or she pronouns; instead he leaves it open to be inclusive of everyone. He's very well known for doing very conscious, social commentary, political songs. And even though this is not like that, he's just talking about this universal language that is sex, but that nobody talks about directly. — Rocío Santos,Vocalo Radio

The song has this really crazy, strange premise: Lil Dicky, this white parody rapper, switches bodies with Chris Brown, the black R&B singer. Hilarity ensues. I picked this song because no other song this year has made me more uncomfortable and made me ask myself more hard questions. ... It gets stuck in my head for days at a time, but I know, in my heart of hearts, I should not like it. Like 2018, I feel conflicted about this entire year and it's all problematic, and yet, I cannot stop dancing.

-- Sam Sanders, NPR'sIt's Been a Minute

Drake, "Nice for What"

Drake really wrote this song for the hardworking women out there, whether that be the CEO, the nurse working night shifts, the college student — because you know what, he appreciates them all. ... A big thing that makes Drake stand out is that almost every song that he drops, it adds another catchphrase or another comeback to the lexicon. "Nice for What" is basically a quick-witted comeback for a woman who doesn't want to put up with a guy. -- Sidney Madden, NPR Music

The crazy thing about calling it the song of the summer is this song actually debuted in fall of 2017, but it has stayed at the top of the country charts for 30 weeks consistently. A lot of people have long criticized Florida Georgia Line for being the "bro-country" guys, the reason country went back to this sort of frat boy way of thinking. And so to see them not only work with Bebe Rexha, who's a pop singer, but let her be the lead and be the feature, kind of does give people this insight into a new version of Florida Georgia Line [that I think] really reached a huge audience. -- Alison Abbey,Sounds Like Nashville 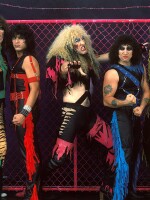