Writer's block can be temporary — or it can be massive and long lasting. After her third short story collection, Honey, came out in 1993, Elizabeth Tallent fell victim to a rockfall, avalanche, total-impasse-of-the-imagination writer's block and didn't publish another book for 22 years.

That's not to say Tallent didn't try. Here's one of the many passages in her profound new memoir, Scratched, in which she reflects on the onset of her writer's block and her attempts to break through:

Book by book, perfectionism hamstrung writing. You'd think this curtailment would be painful. That it would raise loud alarms for a writer. But the crippling approached with anesthetizing softness. ... [Perfectionism] didn't stop writing, it merely diverted it into feats of repetition — of, to be more exact, replication: the same paragraph typed over and over. Sometimes I was down to as little as a single sentence monomaniacally typed out word for word. ... The very perfectionism that was shutting down writing imbued the process with a thrilled momentousness ... I was always closing in on the most beautiful thing I'd ever written.

Scratchedis a memoir about the allure of perfectionism and the damage done. To the extent that it's also a book about writing, Scratchedis sort of the anti- Bird by Bird, Anne Lamott's classic rumination on writing and life.

Lamott extols the freeing possibilities of accepting the inevitability of what she famously calls "the s***** first draft." Tallent, in contrast, takes readers deep into her own internal high-pressure chambers of self-loathing and not-enough-ness — feelings that can goad creativity, but also ultimately shut it down.

Because Tallent is still "immersed" in her struggle with perfectionism, Scratchedhas a driven feel to it as a memoir. As Tallent confesses: "I'm not very detached about perfectionism, I'm like a person whose house is on fire, writing a book about fire ..."

Tallent's allusive narrative jumps around in time, but the "primal scene" here, the moment which rouses the perfectionism that will direct her life, takes place minutes after her birth in a Washington, D.C., area hospital in the 1950s. A nurse attempts to put the infant Tallent into her groggy mother's arms and her mother refuses.

Tallent is 19 when she hears this devastating story from the only person who could tell it to her with authority: her own mother. " You were all scratched. ... Scratched, all over," Tallent's mother says by way of bizarre explanation, referring to the scratches an infant in the womb can inflict with their own tiny fingernails.

Her mother's lifelong aloofness, mixed in with Tallent's innate sense of being damaged from the get-go, is the high octane fuel for her perfectionism. In one of the many vivid passages here where she characterizes her disorder and the first relationship at its source, Tallent calls perfectionism: "a love letter the psyche sends to an unresponsive Other, swearing I'll change everything if you will only come back."

Scratchedfollows Tallent through an early life that sometimes defiantly goes astray, perhaps in order to invite the self-recrimination that perfectionism revels in. At age 20 she marries her college boyfriend and sets off for grad school in archaeology at the University of New Mexico; but, driving cross-country, the newlyweds reach an intersection and impetuously veer off for artsy Santa Fe. Consequently, Tallent is a no-show in the halls of academe and instead works as a bookstore clerk, plugging away after-hours on her first novel.

That marriage ends and, on the verge of her second — to her analyst, no less (talk about defiantly screwing up) — Tallent falls in love with a woman who runs a vintage clothing store, where she's shopping for her bridal dress. There, amidst ripped, old and soiled things, Tallent finds, if not a perfect match, certainly what seems to be more than a good enough one.

If Scratchedwere fiction, Tallent would probably reject that ending as too pat. But this tentative embrace of creating something contradictory and new is finally what this oddly enthralling memoir embodies. 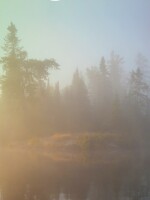 Maureen Corrigan
Maureen Corrigan, book critic for NPR's Fresh Air, is The Nicky and Jamie Grant Distinguished Professor of the Practice in Literary Criticism at Georgetown University. She is an associate editor of and contributor to Mystery and Suspense Writers (Scribner) and the winner of the 1999 Edgar Award for Criticism, presented by the Mystery Writers of America. In 2019, Corrigan was awarded the Nona Balakian Citation for Excellence in Reviewing by the National Book Critics Circle.
See stories by Maureen Corrigan
Latest Stories
Hey, thanks for reading.
KCUR serves the Kansas City region with essential news and information.
Your donation today keeps local journalism strong.
Donate Now