Red, white or rosé? Try these 4 Missouri wineries on the Hermann wine trail

Missouri's rich history of grape-growing and wine-making are best experienced in Hermann, home to some of the country's oldest wineries.

Hungry For MO, a new podcast from KCUR Studios and Missouri Humanities Council, launched last week. Created to celebrate Missouri’s bicentennial, this podcast tells the stories behind the iconic foods that shape our region.

This week's episode of Hungry For MO details our state’s rich grape growing and wine-making history, and how a tiny bug almost ruined it all.

Known as the Great French Wine Blight, an infestation of the bug phylloxera came this close to wiping out vineyards in France — and potentially the entire European wine industry. Missouri actually used to be at the forefront of wine in America, and it's emerged in recent decades as a worthy contender.

In today's adventure, we'll focus on some of the most historic Missouri wine trail stops. Amtrak’s Missouri River Runner train serves as a scenic designated driver running between Kansas City and St. Louis, and stopping in the center of wine country: downtown Hermann, Missouri. Cheers!

(And don't forget to check out last week's Hungry For MO episode on Missouri barbecue, and a list of some of the best barbecue dishes in the state.)

Long before Napa Valley was a pin in the American wine-making map, Stone Hill Winery was known as the second-largest winery in the United States. Established in 1847 under the management of German settler George Stark, Stone Hill Wine Company at one point shipped 1.25 million gallons of wine per year.

The winery has a historic labyrinth of arched underground wine cellars used during prohibition to grow mushrooms, until 1965 when Jim and Betty Held bought the winery. It's now run by their son, Jon Held, and his wife, Karen. They've restored Stone Hill back to its former glory, which includes vineyards, a winery, a tasting room and a popular restaurant.

Stone Hill Winery is the oldest award-winning winery in Missouri, with seven beautiful vineyards totaling 190 acres, six of which are located within the Hermann Viticultural Appellation. It produces over 300,000 gallons of wine each year, including the award-winning Norton, which recently won Best of Class “Native Wine” in the 2020 American Wine Society Competition.

Listen to Hungry For MO to find out how the Norton became Missouri's wine-producing grape.

Founded in 1855, Adam Puchta Winery has the distinction of being the oldest continuously-owned family winery in the United States. Ownership has been in the hands of the Puchta family for seven generations.

Adam Puchta was a 7-year-old Bavarian boy when he immigrated with his family to the United States in 1839. His father was a Bavarian winemaker and butcher who settled his family southwest of Hermann and purchased land for growing grapes. After seeking his fortune in California during the Gold Rush, Puchta came home and purchased the land from his father, building a stone-arched wine cellar and press house.

In 1855, the first vintage of Adam Puchta wine was produced from his father’s vineyards. By the 1870s, Puchta was a well-established winemaker and businessman and joined in the venture by his son Henry. After Prohibition shut down wine production across the country, the winery laid dormant until Puchta's grandson, Randy, and great-grandson, Timothy, decided to re-open the winery in 1990.

During the last 30 years, the winery has grown to a production capacity of over 75,000 gallons and has won many awards. In the tasting room, prepare to sample a wide variety of their local wines with bites of flavored crackers, cookies and sauces showing the versatility of their wines with food.

Listen to Hungry For MO to hear more about how Hermann-grown grapevines were the key to saving the European wine industry.

Construction on the Hermannhof Winery began in 1848, and it finally opened in 1852 in the heart of downtown Hermann. By 1904, the Hermann area was producing 3 million gallons of wine, with much of it coming from small local producers who utilized the equipment at the Hermannhof winery to make and bottle their wines.

That stopped during Prohibition and much of Hermannhof's wine-making equipment was sold or stolen. In 1974, the Hermannhof cellars were purchased by the Dierberg family and they began the hard work of rebuilding the historic winery. Missouri cannot grow the Vitis vinifera grapevines planted in Europe and California, such as Chardonnay or Cabernet Sauvignon. So wines made in this state instead come from native grapes or French hybrids, including Chardonel, Vignoles and Norton.

Today, the cellars at Hermannhof produce over 15,000 cases of premium wine per year. These historic cellars contain casks made of white oak from the forests of France and Missouri. Other cellars on the property are dedicated to producing sparkling wine in the original "méthode champenoise."

This dedication to quality has enabled Hermannhof to become the first two-time winner of the Brown-Foreman Trophy for "Best New World White Wine," along with numerous other awards over the years.

Just 2.5 miles east of Hermann, on a green hill overlooking the Missouri River, you’ll find OakGlenn Vineyards & Winery. The land was originally owned by George Husmann, the so-called father of the Missouri grape industry and local horticulturist, who once grew his own grapes on the land. Five rows of his original Norton vines, dating back to 1859, are still nurtured on the property as the prized grapes that they truly are.

Carol and Glenn Warnebold are now the owners of OakGlenn Winery, having purchased the farm to retire on in 1997. With no intention of starting a winery, they quickly realized how much wine-making history and beauty the land possessed, and they wanted to share it with others. When they opened their own winery that same year, they named it for the large oak tree that marked the driveway entrance and in honor of the owner, Glenn.

It's considered one of the liveliest wineries on the Missouri River bluffs due to its bustling live music calendar and enormous outdoor seating area, featuring amazing views of the vineyard and river below. OakGlenn serves and sells nearly 20 different kinds of wines, including Sweet Caroline, a sweet sparkling rosé wine, and the white port, which is a wine unique to OakGlenn.

Listen to Hungry For MO to learn more about George Husmann’s impact on not only Missouri wine but Napa Valley as well. 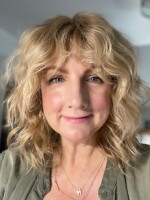 Jenny Vergara
Jenny Vergara is one of the hosts of Hungry For MO.
See stories by Jenny Vergara
Hungry For MO returns!
KCUR's podcast Hungry For MO is back with more stories about Missouri’s iconic foods, from barbecue to pizza and beyond.
Subscribe now
Latest Stories
Support news that matters in Kansas City
KCUR serves the Kansas City region with breaking news and powerful storytelling.
Your donation helps make nonprofit journalism available for everyone.
Donate Now
Related Content