Ethanol Decision May Split The Market

About half the gasoline sold in the U.S. today contains 10 percent ethanol.

But the ethanol industry, arguing that a 15 percent blend (E-15) is safe for all cars, last year asked the Environmental Protection Agency to approve a higher level of ethanol in fuel.

With no decision from the EPA, uncertainty simmered and two competing industries launched a classic back-and-forth PR battle. The ethanol industry lobbied for support of corn growers and expanding the market for ethanol, while the petroleum industry argued fuel used without EPA approval is inherently dangerous.

The skirmishing slowed in August and September, but now it has heated up again after
EPA Administrator Lisa Jackson said the agency was to receive test results from the Department of Energy by Sept. 30.

"We are prepared to render our waiver decision within two weeks following receipt of those tests," Jackson said in an off-the-cuff statement at a Senate committee hearing last month.

The rapidly approaching "two weeks" alert was big news for the ethanol industry. The federal government's Renewable Fuel Standard requires 36 billion gallons of renewable fuel by 2022. And to meet that mandate, the ethanol industry says it needs more access to gas tanks.

But here's the catch: the upcoming EPA decision would apply to 2007 model year and newer cars. The EPA is calling this group "Tier 2" vehicles.

American Coalition for Ethanol's Brian Jennings is pressing the EPA to move forward right away on approving higher ethanol in fuel for all cars. Jennings and his ethanol colleagues say they are concerned a split in the E-15 market for different model year cars will create difficulty for their industry and consumers.

"It is one thing to say cars made in 2007 and there-after can use E-15. It's another thing to outline how EPA intends to enforce it. The label could be outlined in a way that it discourages those motorists who can use E-15 from using it and that could have a very harmful impact," he said.

"I don't know if I would be able to use it," said Terry Hamilton, who was filling up his truck at a Columbia, Mo., gas station on Oct. 1. "My car is a 2000. Certain cars actually can't process ethanol? That's my grandma's point of view, don't use that ethanol it is bad for the car!' If it is 2007 and up, my car probably wouldn't be applicable."

Tyler Garret spoke through his motorcycle helmet at the same gas station.

"I mean, I would be confused at first, but I wouldn't blindly fuel up with it. Probably on this vehicle, yes, I would at least give it a try," he said.

Seth Meyer, an analyst for the Food and Agricultural Policy Research Institute at the University of Missouri, said allowing E-15 fuel for some cars would cause confusion he just wasn't sure how much.

"You know, the consumers will have to properly distinguish that my car doesn't meet the guidelines that I should be using E-15," he said. "But then further, depending on price, how do you prevent people from going ahead and doing it anyway?"

Meyer said if the EPA turns down E-15, the renewable fuels mandate will be difficult to meet. And even if E-15 is approved for some cars, the ethanol industry will still have some work to do. Testing results of higher ethanol blends for 2001-2006 cars are expected later this year. 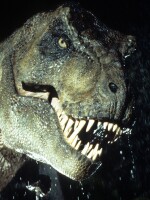 Jessica Naudziunas
Jessica Naudziunas is Harvest Public Media's connection to central Missouri, working out of the KBIA offices in Columbia, Mo. She joined Harvest in July 2010. Jessica has spent time on NPR's Weekend Edition Sunday and WNYC's Soundcheck, and reported and produced for WNIN-FM in Evansville, Ind. She grew up in the city of Chicago, studied at the University of Tulsa and has helped launch local food gardens in Oklahoma and Indiana.
See stories by Jessica Naudziunas
Latest Stories
Support news that matters in Kansas City
KCUR serves the Kansas City region with breaking news and powerful storytelling.
Your donation helps make non-profit journalism available for everyone.
Donate Now