Missouri Gov. Jay Nixon delivered his sixth State of the State address Tuesday evening at the Statehouse in Jefferson City, Mo. He presented his proposed budget for the fiscal year beginning July 1, and called for an increase of $278 million to K-12 schools and a freeze on undergraduate tuition.

His speech was followed by the Republican response, delivered by House speaker Tim Jones of Eureka.

Saint Louis Public Radio and the Beacon live-blogged the speech. You can follow along below. 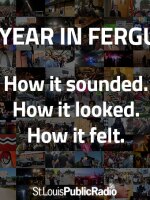 Kelsey Proud
Kelsey Proud is a graduate of the University of Missouri School of Journalism, where she earned a Convergence (Multimedia) Journalism degree. She has worked at PBS Interactive in Washington, D.C., MSN UK News in London and is a social media enthusiast. Kelsey feels journalism is truly a public service and hopes her work enhances community and reaches those who need information most. Though she's "from" Chicago, Kelsey has also lived in several different regions of the United States, including periods of time in North Carolina, Ohio, New Mexico and Illinois. Her extended family has roots in Boone and Audrain counties in Missouri, too. She is a wannabe chef and globe trekker, former competitive golfer and band-ie (trumpet), and honorary Missourian.
See stories by Kelsey Proud
Overlooked
A new podcast from KCUR investigating Roger Golubski and corruption in the Kansas City, Kansas, police department.
Subscribe now
Latest Stories
Support news that matters in Kansas City
KCUR serves the Kansas City region with breaking news and powerful storytelling.
Your donation helps make nonprofit journalism available for everyone.
Donate Now