A cluster of tents set up along the sidewalk in front of police headquarters downtown were used by protesters who pledged to remain until Chief Rick Smith resigns and the officer who arrested the pregnant woman is fired.

Updated at 2:10 p.m. Saturday: Throughout the day, the number of protesters and tents near the Kansas City Police department continued to increase.

The sun rose on more than a dozen protesters Saturday who spent the night camped out at the Kansas City Police Department, demanding justice for a young woman who is nine-months-pregnant and was recently violently arrested by police.

"She and her unborn daughter are currently under a doctor's care, and the unborn child is fighting for her life," said Stacy Shaw, the attorney for the woman and an organizer for the protest.

Civil rights organizations renewed their called for the firing of Chief Rick Smith, which started during a summer of protests, and the arresting officer.

In the videotaped arrest, Deja Stallings, 25, is seen being handcuffed on the ground with an officer kneeling on her back outside an eastside business.

The police department released the surveillance video leading up to the arrest. According to Capt. Dave Jackson, police were called after a group of people began fighting at a business located at 35th Street and Prospect Avenue Wednesday night. As officers tried to arrest a man who refused to leave, Stallings and another man interfered, Jackson said.

Shaw and other protesters said their Saturday morning began with police threatening to arrest them.

"The police made an announcement that we had to vacate city property even though this is a traditional public forum," Shaw explained. "We had tents set up for own protection overnight, out in the lawn. They instructed us to move it to the sidewalk, and now they are telling us we have to dismantle them altogether ... now they are saying we are inhabiting and living in these tents."

Witnesses who identified themselves as legal observers and affiliated with a local group of attorneys called "Liberty Lawyers" stood by overnight.

"We are documenting what we are seeing," said Gloria Boehm. "We are also reminding protesters that they need to call out their name and birth date in order for us to accumulate that information in order to contact the bail fund because we have fund-raised so that people can be removed from jail as quickly as possible without a penalty to their own personal finance."

A protester named Alex, who declined to provide his last name for fear police could do "horrible" things with the information, sat quietly with his mask on and a backpack close to his side.

By mid-morning, protesters continued to sit and mingle among the tents. They say they will stay until their campaign for justice is successful. 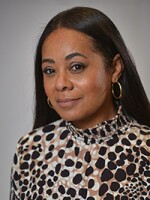 Vickie Newton
As KCUR’s Enterprise Editor, I want to help our audience expand their understanding of what is (and is not) news by embracing a multi-faceted portrait of underserved communities, explaining the implications of public policy, and highlighting the creative beauty and human triumph that offsets the challenges of our times. You can email me at vickie@kcur.org.
See stories by Vickie Newton
Overlooked
A new podcast from KCUR investigating Roger Golubski and corruption in the Kansas City, Kansas, police department.
Subscribe now
Latest Stories
Support news that matters in Kansas City
KCUR serves the Kansas City region with breaking news and powerful storytelling.
Your donation helps make nonprofit journalism available for everyone.
Donate Now
Related Content