News
Midwest Newsroom
The Midwest Newsroom is a partnership between NPR and member stations to provide investigative journalism and in-depth reporting with a focus on Iowa, Kansas, Missouri and Nebraska.

Lee Enterprises, which owns the St. Louis Post-Dispatch and nearly two dozen other Midwest newspapers, last week rebuffed a $141 million bid from Alden Global Capital, which has a reputation for saddling newspapers with debt and aggressively cutting costs.

Lee, which owns the St. Louis Post-Dispatch and nearly two dozen other Midwest newspapers, last week rebuffed a $141 million bid from Alden, which has a reputation for saddling newspapers with debt and aggressively cutting costs.

An Alden spokesperson said in an email that the lawsuit aims to “prevent Lee directors from denying stockholders a voice.” Lee previously invalidated three Alden nominees to its board of directors who would have been sympathetic to a deal.

Union leaders at the Post-Dispatch have kept their guard up during the standoff, and many journalism industry analysts had anticipated that Alden would continue to pursue a deal.

Damon Kiesow, Knight Chair of digital editing and producing at the University of Missouri School of Journalism, said Alden wouldn’t have made a bid if it didn’t intend to pursue Lee long term.

“They've got the time, they've got the money. If Lee doesn't do something to aggressively protect themselves, it's hard to imagine that it won't eventually get bought up,” he said.

“Their public statement is, ‘You haven’t offered enough,’ and that’s a little bit concerning,” Kiesow said, noting that Lee said the bid undervalued the newspaper chain.

Alden has been rejected in the past, only to return with a better offer or a new game plan.

According to the Chicago Tribune, after Alden’s purchase of the paper, the hedge fund immediately anchored the company with two loans totaling $278 million, removed CEO Terry Jimenez and installed Alden President Heath Freeman as the company’s leader. Tribune Company was debt free before Alden purchased the company, according to the paper.

Jeff Gordon, a sports columnist at the Post-Dispatch and president of the United Media Guild there, also isn’t convinced that Alden is finished pursuing Lee.

“From our end, you can’t forget about Alden, you have to be aware that they’re in our business, they’re not good for our business,” he said.

Gordon said he is encouraged that Lee executives have so far taken steps to slow down a potential deal, including by limiting the number of shares Alden can buy of its stock. If it accumulates more than 10%, that triggers a so-called “poison pill,” which would dilute shares and make the bid less attractive. Alden currently owns about 6% of Lee’s shares.

As Gordon waits to see what will happen next, he’s urging people to support local journalism.

“Because there are those who don't want it, who want it to go away because it's inconvenient. Journalism can be inconvenient; you can point out facts, you can hold people accountable, you can explain how things really are versus how people pretend they are,” he said. “It's critical stuff. And it's in danger.”

Penny Muse Abernathy, a visiting professor at Northwestern University’s Medill School of Journalism who studies the state of local news, said Alden could benefit in other ways, too.

“One, it can decide what the company is worth and make the bid and get accepted, or they can entice someone else to come in and make a higher bid,” she said. “And if they're not willing to up that bid, then they exit the market and take their profit.”

In the days following the rejection of Alden’s bid, Lee’s share prices have continued to increase in value. As of Wednesday evening, Lee stocks were selling at $40 per share. That’s compared to Alden’s rejected offer to purchase the company at $24 a share in late November.

Muse Abernathy said ownership of local newspapers matters because it impacts whether communities get the news they need. Over the past 15 years, more than a quarter of newspapers have closed and more than half of newspaper reporter jobs have gone away, according to her research.

“Whether Lee continues to be the owner or whether Alden comes in and manages somehow to acquire Lee, democracy depends on having a free flow of credible and comprehensive news and information,” she said.

What happens between Lee and Alden could have big consequences for the St. Louis media landscape, said St. Louis-based journalist Jack Grone.

The editor of McPherson Publishing, an independent website publishing investigative and enterprise stories in St. Louis, he said the Post-Dispatch is still considered the paper of record.

“They're not as robust and not as significant maybe as they were, say 30 years ago. But in many ways, the Post-Dispatch still sets the news agenda for large chunks of what's happening in St. Louis,” Grone said.

However, he said it’s important to also understand that the Post-Dispatch has already shrunk under Lee’s ownership. The corporation has reduced staff and office space, cut costs and outsourced design work.

“So it's not as if, if Alden goes away, there's going to be a golden era for the Post-Dispatch,” Grone said. “I mean, the golden era is probably over regardless of who owns the paper.” 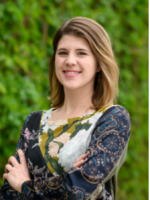 Corinne Ruff
Corinne Ruff joined St. Louis Public Radio as the economic development reporter in April, 2019. She grew up among the cornfields in Northern Illinois and later earned degrees in Journalism and French at the University of Illinois at Urbana-Champaign. She has since reported at the international, national and local level on business, education and social justice issues.
See stories by Corinne Ruff