Circuit Attorney Kimberly Gardner says there is "clear and convincing evidence" that Johnson is innocent in a 1994 murder. But the Missouri Attorney General's office has had a blanket policy of opposing any requests for relief in wrongful conviction cases.

It was the first exoneration case Gardner’s conviction-integrity unit had brought forth — and a case that prosecutors statewide were watching closely.

But Gardner hit a major roadblock when the judge asked Attorney General Eric Schmitt to intervene.

Schmitt argued all the way to the Missouri Supreme Court that the state’s elected prosecutors don’t have the power to ask for a new trial, even if they have evidence — which Gardner claimed she had — that a person has languished in prison for decades wrongfully.

The state’s highest court sided with Schmitt in March 2021, saying the Missouri legislature had to pass a law creating a pathway for prosecutors to correct wrongful convictions.

Legislators did that last year. But Johnson’s case continued on – until Wednesday.

That’s when Gardner cited the new law to once again file a motion to set aside Johnson’s conviction, claiming that she has “clear and convincing evidence” that he is innocent.

“The circuit attorney cannot, and will not, turn a blind eye to the conviction of an innocent person,” the motion states.

While the new state law gave Gardner and other prosecutors the authority to address wrongful convictions, it also gave the attorney general the power to insert himself into these cases.

Schmitt did that last year when he argued against Jackson County Prosecutor Jean Peters Baker’s motion last year for Kevin Strickland’s release after 43 years in prison for a triple murder. The attorney general couldn’t immediately be reached for comment regarding Gardner’s new motion.

“We are hopeful that the court will hear our motion,” Gardner said in a statement Wednesday, “and correct this manifest injustice on behalf of Mr. Johnson to strengthen the integrity of our criminal justice system.”

Johnson’s defense team — which includes attorneys from the Midwest Innocence Project and the law firms of Morgan Pilate and Lathrop GPM — echoed the circuit attorney’s sentiment.

“For 27 years, Lamar has waited for justice,” his defense team said in a statement Wednesday. “We hope that today’s detailed motion marks the beginning of the end of Lamar’s road to freedom. We have long said the truth always finds a way, and that Lamar only needed a chance to tell it. The time has finally come.”

Gardner’s 59-page motion recounts the details of Oct. 30, 1994, when Marcus Boyd was shot and killed on his front porch.

Boyd was sitting on the front porch of his apartment with his co-worker Greg Elking, who had come by to repay a small debt he owed Boyd for drugs and to purchase some more drugs.

At the time of the shooting, Leslie Williams, Boyd’s girlfriend, was inside their upstairs apartment tending to their baby. Two black men wearing ski masks — who Gardner is now confident were named Phillip Campbell and James Howard — ran up from the side of the house without warning.

The men shot and killed Boyd, but Elking escaped and ran home.

At the time of the crime, Gardner’s motion says, Johnson and his girlfriend were at their friend’s apartment located at 3907 Lafayette in St. Louis, at least 10 minutes by car from the scene at 3910 Louisiana.

Gardner’s investigators found old files in the Circuit Attorney’s office where the only eye witness, Elking, was allegedly paid more than $4,000 to pick Johnson out of a line up. However, the documentation for these payments was never provided to the defense, even though Johnson’s lawyers requested it repeatedly over the years.

“The fact that Elking, who was suffering from substance abuse and experiencing financial hardship, was being paid as encouragement to cooperate with the police was material evidence,” the motion states.

Elking later wrote a letter to his pastor that confessed to knowing what he did was wrong and trying to atone for his sins. This letter was included in the motion.

The case against Johnson rested on a jailhouse informant, who was a “career petty criminal in a desperate situation,” the motion states, and who agreed to testify against Johnson in exchange for favors – many of which the prosecution allegedly didn’t disclose at trial.

The late Phillip Campbell pleaded guilty to voluntary manslaughter and received a sentence of 7 years, which he served.

In letters seized after Johnson’s conviction, the motion states that Campbell identified the second shooter as James Howard, who lived down the street from Boyd.

Both Campbell and Howard have signed multiple affidavits confirming that they, and not Johnson, killed Boyd.

The new state law carves out a special role for the attorney general that he didn’t have before, former Missouri Supreme Court judge Mike Wolff told The Independent last year.

“The attorney general is given a lane to drive in,” Wolff said of the new legislation. “But it’s not as big of a lane as he had in the Lamar Johnson case.”

The new legislation states that if a prosecutor files a motion to vacate or set aside a judgment, the attorney general’s office could appear, question witnesses and make arguments at the hearing.

But the attorney general would not be a party in the case, as in the Johnson case, Wolff said.

If the prosecutor wins – as Baker did in Strickland’s case – then that’s the end of the attorney general’s involvement. The prosecuting or circuit attorney would likely not call for a new trial, and the person would go free.

But if the prosecutor loses, they could file an appeal and the attorney general could file a motion to intervene or dismiss the appeal.

It’s unclear what Schmitt will do in response to the new motion in the Lamar Johnson case.

However for decades, the Missouri Attorney General’s Office — whether led by a Republican or Democrat — has had a blanket policy of opposing any requests for relief in wrongful conviction cases.

According to an investigation by the nonpartisan news nonprofit Injustice Watch, the office has opposed calls for relief in nearly every wrongful conviction case that came before it and has been vacated since 2000.

Stith wrote that in the last decade, the Missouri Supreme Court and the Court of Appeals have granted post-conviction relief or issued writs of habeas corpus that have vacated the convictions of more than 10 people.

“In each such case,” she said, “the attorney general opposed relief.”

Stith also said the attorney general had argued that he was “required” to oppose Johnson’s attempts to obtain a hearing on his newly discovered evidence, so he didn’t show bias to Johnson.

“In suggesting it is his duty, and that of the circuit attorney, as representatives of the state, to oppose a request for habeas or similar relief, the attorney general misunderstands the full extent of the prosecution’s role in the justice system,” Stith wrote.

She pointed to a U.S. Supreme Court ruling stating that prosecutors have a “duty to seek justice, not merely to convict.” 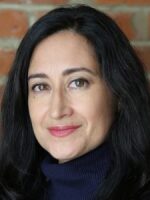