Three people were killed when Kansas City firefighter Dominic Biscari crashed into a car, two pedestrians and a building in Westport more than a year ago. Under a settlement with the city, each of their families receive nearly $500,000 in compensation.

The families of three people killed when a speeding Kansas City fire truck crashed in Westport in December 2021 will each get nearly half a million dollars from the city in a settlement reached this week.

The force of the collision sent the CRV and the fire truck barreling to the northwest, where they struck and killed pedestrian Tami Knight and injured her boyfriend Alexander Llera, before the vehicles slammed into a brick building at 4048 Broadway.

The building, which once housed the Riot Room, a popular music venue, partially collapsed.

The families of Elwood, Knight and San Nicolas will each receive $458,893 from the city. Biscari's personal insurance, Farmer's, will pay each family an additional $80,000.

In October, the arbitrator found that Biscari "made blatantly false statements" to police investigators when he described what happened as he was responding to a fire call on Dec. 15, 2021 and crashed.

Contrary to Biscari's statement, evidence including traffic cameras and eyewitness testimony revealed that Biscari did not slow down as he approached the intersection of Westport Road and Broadway Boulevard.

The arbitrator found that the firetruck, Pumper 19, was traveling 50 miles an hour in a 35-mile-per-hour zone when Biscari plowed through the red light.

However, because Biscari was not able to pay those awards himself, the responsibility fell to the city.

In November, Kansas City Council approved the transfer of $1.8 million from its general fund to help pay for lawsuits.

Another suit brought against Kansas City by the victims’ families, the owners of the damaged building and Llera is still ongoing. 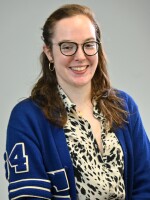