Ep. 6: Healing America will take more than an election

Heading into the election and in the days afterward, national discussion has centered on how divisive the country feels. Supporting one candidate — and a political party — has been enough to drive friends and family apart.

This sentiment came up in an America Amplified listening session on November 10. We begin our final episode of “America Amplified: Election 2020” with excerpts from that conversation. 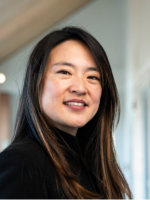