Four Republicans are set to face off in the Aug. 7 primary for Missouri auditor, hoping to unseat Democrat Nicole Galloway in November. 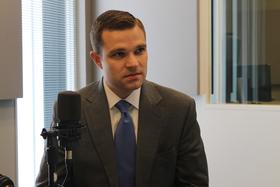 Curtman works as a financial advisor, and he’s in his final term-limited year in the Missouri House, representing portions of Franklin County. At a recent forum attended by all four GOP candidates, Curtman said his legislative experience has prepared him to be state auditor.

Curtman also wants the auditor’s office to have input into Missouri’s annual state budget, whenever a state agency that’s been audited asks for a budget increase.

“When a bureaucrat comes and asks for more money, I would really like for the state auditor’s office to be there to speak up on behalf of the audit and say, ‘they might not need as much money as they’re asking for – here’s what our audit looked like.’”

McDowell is a lawyer who’s worked as an assistant attorney general under Democrat Chris Koster, and until February of this year was enforcement director of the securities division for Secretary of State Jay Ashcroft, a Republican.

“With my investigations I have literally put people in jail for the fraudulent acts that they have committed,” she said. “I’ve also brought back over $10 million of taxpayer funds and individual investment funds to Missouri and to Missourians.”

Roach is in his third year as an alderman in Ballwin and works as an independent consultant for both for-profit and nonprofit groups. He holds an MBA from Webster University, where he studied forensic accounting and financial fraud. Roach said if elected, he’ll have the auditor’s office audited.

“You can’t ask anybody to do anything that you’re not willing to do yourself, so with the results of that audit, that will tell us exactly the things that we need to change,” Roach said.

Roach’s main goal, though, is to “modernize” the state auditor’s office.

“We have over 3,700 separate government entities in Missouri, and they’re living off your paycheck,” he said. “We need to modernize the office, because 97 percent of government entities are not being audited – some have never been audited, and they’re playing the odds that they never will be audited … and this is all contributing to the illusion of accountability.” 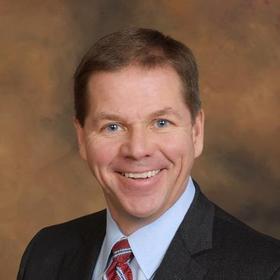 Wasinger practices business law, and is a former member of Board of Curators for the University of Missouri System.

“I have two young sons,” he said. “I think if the culture of cronyism and corruption is not changed in Jefferson City, those two young boys are not going to have the same opportunities that I had growing up, that others had growing up.”

Wasinger said he’ll focus on finding and uprooting waste and fraud if elected.

“Once you have government in play, involved in anything, you have a lot of fraud, waste, and corruption,” he said.

Wasinger is also a certified public accountant, in addition to being an attorney: “I check both boxes that voters look for in terms of qualifications.”

But the other three contenders say being a CPA is not necessary for running the state auditor’s office. McDowell said that attorneys have a better sense of the big picture.

“Being a CPA, I think, bogs you down,” she said. “You get caught up in the minute details of these audits – or the spreadsheets and things that you’re looking at – and you don’t need to do that, you have people that do that for you.”

Curtman said it’s more important that the state auditor be a good leader than a CPA.

“If they’re not a leader, then that office is immediately just as wasteful as any bureaucracy that they’re trying to watchdog over,” he said.

Roach said one of Missouri’s best auditors, Kit Bond, was not a CPA. 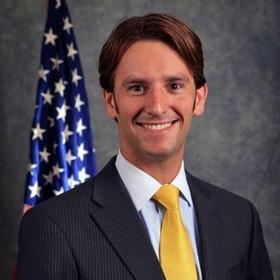 “He was an adept business leader who knew what we needed in 1971,” he said. “The biggest qualification, the most important qualification, is not being blind to the problems we have in Missouri.”

But Wasinger maintained that his experience as a CPA is key to ousting Galloway.

“The electorate wants someone qualified for this position,” he said. “Nicole Galloway is a CPA, Susan Montee was a CPA and an attorney – it will be a huge campaign issue if you do not nominate a CPA as your nominee.”

Wasinger has an overwhelming financial advantage. As of this month, he has about $760,000 on hand, though $500,000 of that came from money he loaned himself.

Curtman is a very distant second with about $20,000, Roach has just under $3,000 and McDowell has about $1,500. But they all sounded confident of their chances despite not having anywhere near the amount of money as Wasinger has to campaign.

“I have everything I need – I have signs that were graciously donated to me, I have T-shirts, I have push pieces, [and] I have my work ethic,” McDowell said. “I don’t need TV ads – I’ve met these people, they know me.”

And Curtman said if it were true that whoever has the most money wins he wouldn’t be in the Missouri House.

“In my very first campaign I was outspent 3-1 – but what I had was a lot of people who showed up in the rain, in the snow, and in the hot days when it was 105 degrees, to go out and knock doors.”

Lora McDonald says she had to live with mold in her Kansas City, Missouri, apartment for six months before her landlord took any action.

“It is a long time to live with mold outside my son’s bedroom,” McDonald says.

McDonald, executive director of More2 and an advocate for equitable housing, says she took her concerns all the way to the director of the Kansas City health department, who told her that aside from testing for mold and advising the landlord to fix it, there was nothing the city could do.

GOP Candidates For Kansas Governor Separated By Style, If Not Politics

Kansas Gov. Jeff Colyer and Secretary of State Kris Kobach — rivals for the Republican gubernatorial nomination — are both diehard conservatives. On the campaign trail, they squabble over who’s more conservative on core issues like immigration, abortion, guns and taxes.

It’s clear, if elected, either would keep the state on a conservative path. The question for primary voters is whose approach would be best for tackling that agenda.

Republican State Senator From Kansas Punished For Endorsing A Democrat

The punishment was swift for a Republican state senator who crossed party lines to endorse a Democrat trying to unseat Congressman Kevin Yoder.

Sen. Barbara Bollier, a moderate from Mission Hills, Wednesday morning threw her support behind educator Tom Niermann, one of six Democrats running in the August primary.