Harley Race, the pro-wrestler from Missouri once considered among the toughest in the world, has come full circle.

Or as they might say in the pro wrestling biz, full squared circle.

'Handsome Harley,’ as he’s known, has spent the past few years back in his home state guiding the next generation of pro wrestlers. He’s shifted from world champion grappler to wizened coach by running a training academy about an hour west of St. Louis in Troy.

Race was born in a tiny community roughly 100 miles north of Kansas City.

"At that particular point in time, there was around 135 people in Quitman, Missouri," he said. "When I left there to go out on my own to really get involved in wrestling they were down to about 95 people."

U.S. Census figures now list the population at around 45.

Race parlayed that small town upbringing into a global reputation as one of the best professional wrestlers of his day. He fought in major centers like New York and Los Angeles, and nearly everywhere else. 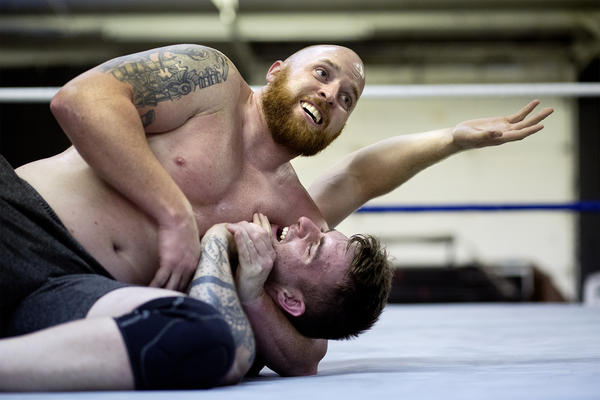 Now he spends at least three days a week watching young wrestlers go through the paces at the Harley Race Wrestling Academy.

"It gives me something to do other than just sit there in the house and wait on myself to die," the 75-year-old joked during a recent conversation.

But he's all business when watching the hopefuls going through the paces during training sessions.

Many of the trainees are in their early 20s or younger. They weren't familiar with Race when he was winning eight world championships at the peak of his career. But they understand his reputation is still solid throughout the industry.

"So, as far as in the wrestling business goes, Harley Race's name still pulls all the weight around here," said 22-year-old Sean Patrick Phillips, a Whiteside, Missouri. resident.

"He's the kind of guy that can make that phone call to Vince," he said, referring to World Wrestling Entertainment boss, Vince McMahon.

Listen
Listening...
/
Harley Race reflects on the legendary 'Wrestling at The Chase.' The pro wrestling television show originally aired from 1959 to 1983. The matches were held at the Chase Park Plaza Hotel in St. Louis.

Watch: Harley Race wrestles David Von Erich in 1981 at "Wrestling at the Chase" in St. Louis.

Although most pro wrestling matches are scripted with a pre-determined winner, the training is intense. Two rings were set up on a recent warm afternoon and about 10 hopefuls were going at it; throwing each other off the ropes, slamming each other into the corner turnbuckles, and working on what appeared to be nasty headlocks and choke holds.

All of that in a nondescript building with a big garage door open to cool it down.

Moses Josiah Powell has been working out at the academy for about four months.

"The toughest thing so far is just physically - it hurts. It doesn't feel good, but just getting past that — that's the tough part."

The 18-year-old from St. Charles did his homework on the wrestling champion from small town Missouri.

"I knew a lot about Harley Race and the legacy that he had. But I never knew that his school was in fact here," Powell said.

So he jumped at the chance to be coached by the wrestler many in the industry consider one of the best ever.

"Whenever he speaks, my ears are clearly open and I'm ready to take any criticism he has to give me,” he said. 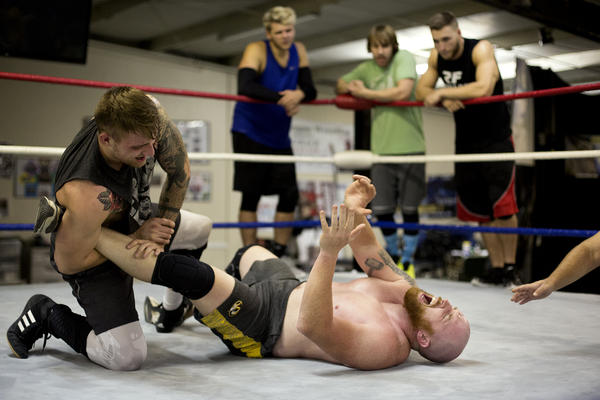 Race has not wrestled a meaningful match in decades. Years of punishing his body in arenas around the world have taken their toll. Vertebrae have been fused, knees and hips have been replaced and he’s undergone an operation on his neck. Roughly a year ago, he broke both legs during a fall at his home.

He moves around the academy in a motorized scooter, but he can still look as menacing as when he was considered one of the toughest people on the planet.

"If I could back myself up 30 years I would be the happiest man on the face of the Earth," Race said with a cigarette hanging from his mouth.

Despite those issues, Race is determined to keep giving back to the pro-wrestling industry with the hope that his academy will produce the next big thing in the wrestling world.