This year’s Middle of the Map music festival will take place April 3-5 at many locations in and around Westport. For the next several weeks, our “Local Listen” segment will focus on musicians from the Kansas City area who will be sharing the stages with regional and national artists.

In this week's Local Listen, we hear "Cyclone," a track from the album "Courage" by the Lawrence duo Schwervon, who will also be performing this weekend at the MidCoast Takeover, a showcase featuring area musicians that’s part of this year’s South By Southwest Festival in Austin, Texas.

Up To DateLocal musicMiddle of the Map Fest
Stay Connected

Steve Kraske
Steve Kraske is the host of KCUR's Up To Date. Follow him on Twitter @stevekraske.
See stories by Steve Kraske 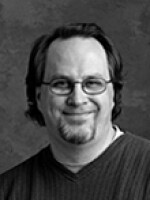 Michael Byars
Michael started volunteering for the membership drives back in 1997 and has also helped at other KCUR events such as the Great Record Sale I and II, the Ethnic Enrichment Festival, and both live broadcasts of "A Prairie Home Companion" from Starlight Theatre. His on-air career began in December, 2000, as a part-time announcer during classical music. He later became our Saturday afternoon announcer before moving on up to full-time Morning Edition host in November 2002. Occasionally, you might hear his voice on "The Fish Fry", where he serves as a fill-in for Chuck when he's away; he also engineers interview segments and edits the show's archived broadcasts. In his spare time (and yes, he does have some), Michael loves being an uncle to his niece and nephews (Abigail, Hayden, and Nathan, Uncle Mike loves you!) and enjoys ethnic restaurants, listening to live music and sleeping.
See stories by Michael Byars