The Kansas City Repertory Theatre was founded in 1964 by Patricia McIlrath. The company has moved, the name has changed, and this non-profit theater group has expanded in the 50 years since.

On Friday's Up to Date, Rep director Eric Rosen and theatre critic Bob Trussell join Steve Kraske for a look back at the accomplishments of the venerable institution.  Then they turn to what lies ahead for The Rep.

Event Info: The Kansas City Repertory Theatre celebrates 50 years at A Fearless Fête 2014 on Friday, May 30, at Spencer Theatre. Tickets are available though the KC Rep website.

Up To DatetheaterKC Rep
Stay Connected

Steve Kraske
Steve Kraske is the host of KCUR's Up To Date. Follow him on Twitter @stevekraske.
See stories by Steve Kraske 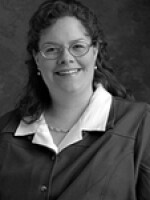 Jenny Whitty
Jenny began her radio career in 1994 as a news reporter for KSMU in Springfield, Mo. at Southwest Missouri State University. She moved to Kansas City in 1996 and worked as an intern for New Letters On the Air.
See stories by Jenny Whitty