The death toll from the tornados that slammed Midwestern and Southern states on Friday has now risen to 39. The latest victim is Angel Babcock, 15 months old. She died on Sunday in a hospital in Louisville, Kentucky. The toddler was found in the shattered remains of her family's home. Her parents and two siblings were also killed.

Just across the state line, southern Indiana was also hard hit. The center of the small town of Henryville was almost completely leveled, and its only school destroyed. Erica Peterson reports from member station WFPL has more.

ERICA PETERSON, BYLINE: The street in front of where the Henryville combined elementary, junior and senior high school used to be is a flurry of activity. Front-end loaders push the remains of the building into orderly piles. Pickup trucks cruise slowly down the street, their beds filled with gawkers surveying the damage. An electronic sign erected in front of the building states the obvious: no school. Troy Albert walks past the rubble. He waves to a teenager handing out water. She looks concerned.

UNIDENTIFIED WOMAN: Are we still going to have graduation, and all that stuff?

TROY ALBERT: Yeah, we're going to make sure we do it all.

PETERSON: Albert is the principal of the Henryville Junior and Senior High School. He and some students were still there when the first cyclone hit. Fifteen minutes later, there was another one. Nobody in the school was seriously injured, but one person was killed only two miles away. Now, Albert says his most important job is to reassure all the students he sees.

PETERSON: But all the details are still up in the air. School is canceled this week, and the district hasn't figured out where to send the 1,100 displaced students.

A block away from the school's ruins, a tarp covers a hole in the roof of St. Francis Xavier Church. Inside, the sanctuary is full of clothes. Donations have been pouring in from surrounding communities.

In the church's parking lot, generators hum. The air smells like dirt and asphalt and diesel fuel. There, sixth-grade teacher Kyle Riggins holds two water-logged books. He found them in the space where his classroom used to be. One is the young adult novel "Holes." Riggins makes a face when he holds it up and points to the title.

KYLE RIGGINS: Kind of appropriate, isn't it? It's kind of ironic. It's unbelievable.

PETERSON: Riggins is doing what he can to help. But he's worried about his students.

RIGGINS: The thing that's on my mind right now, I just want to see them. I want to get them together just to talk to them because, you know, I put them on the bus and don't know what happened.

PETERSON: Riggins has seen a few of his sixth graders, but most of the students who returned to help with the relief effort are older. Behind him, 30 people, including several Henryville High School students, form a supply chain, handing shrink-wrapped pallets of water bottles down the line, depositing them in a pile on the curb. One of them is Henryville High junior Alex White.

ALEX WHITE: It's devastating because that's where I went to school. So, I'm just hoping that we get something figured out soon. Hopefully it all gets figured out here soon.

PETERSON: Nearby, sophomore Brittany Jessee holds up a clipboard. On it is a t-shirt design.

BRITTANY JESSEE: The t-shirt says: Our hearts are full of Henryville pride. And the reason why we did that is because even though the school was destroyed, the sign that says our hearts are full with Hornet pride was still standing, and that has a lot of meaning to everybody at Henryville High School.

PETERSON: They already have more than 100 orders for the shirt, with the proceeds going to Henryville. Freshman Carli Pendleton chimes in.

CARLI PENDLETON: We really need to raise money to help everybody, because they have nothing left. There's nothing. 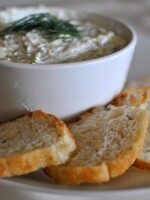 Erica Peterson
Erica reports on environment and energy issues for WFPL, which run the gamut from stories about the region’s biodiversity to coal mine safety and pollution issues. In the name of journalism, she’s gone spelunking, tagged mussels and taste-tested bourbon. Erica moved to Louisville in June 2011 from Charleston, West Virginia, where she worked for the state’s public radio and television affiliate. Besides Kentucky and West Virginia, she’s lived in New Jersey, Minnesota and Illinois. She lives with her husband and son in Louisville.
See stories by Erica Peterson
Latest Stories
Support news that matters in Kansas City
KCUR serves the Kansas City region with breaking news and powerful storytelling.
Your donation helps make non-profit journalism available for everyone.
Donate Now