Missourians To Vote On Prayer Amendment

Life continues here on Earth, including in Missouri, where voters go to the polls tomorrow. They're being asked to decide on an unusual amendment to the state constitution. Those supporting it say the Missouri Right to Pray Amendment will clarify Missourians' right to practice their religion. Those against it are calling it redundant, too broad, even a little sneaky.

JULIE BIERACH, BYLINE: Supporters of the amendment say in recent months there have been a series of attacks on religious freedom. Some blame President Obama for trying to mandate that religious hospitals provide contraception. And some accuse the ACLU of suing when someone is only trying to practice their faith in public.

Republican Missouri State Representative Mike McGhee sponsored the amendment and says he wants it to send a message.

STATE REPRESENTATIVE MIKE MCGHEE: We are a religious country, and we want to take our country back, and we want to pray to God, and we can gather around the flagpole and say something to Jesus in our minds and in our hearts and it's going to be okay.

BIERACH: Missourians already have religious freedom though, not only under the state but the U.S. Constitution. So critics call the measure and confusing, and some wonder if there's another motivation.

GREGORY LIPPER: It's really just an ocean of legalese. I mean I'm a lawyer who's been practicing for almost a decade, and I have trouble understanding exactly what this thing really does.

BIERACH: That's Gregory Lipper, an attorney with Americans United for Separation of Church and State. He says the amendment covers nearly every aspect of life, from schools to the town square to public meetings, and in trying to solve a problem that he argues doesn't really exist the first effect will be to spend lots of taxpayer money on lawyers. But here in Missouri, religious leaders are encouraging their congregations to vote for the amendment. Tyler McClay is an attorney and lobbyist for the Missouri Catholic Council. He acknowledges that while the amendment will not create a new constitutional right, and he agrees it's broad, he says that's not unusual.

TYLER MCCLAY: Constitutional provisions tend to be more broadly written, and so they'll need to be interpreted or there'll need to be some clarification maybe down the road. But I don't think that's uncommon with this kind of thing.

BIERACH: But critics have another problem with the amendment. Seventh grade science teacher Elizabeth Petersen takes issue with the ballot summary, or in particular what it leaves out. Nowhere does it mention that the amendment would allow students to opt out of assignments or presentations that violate their religious beliefs.

ELIZABETH PETERSEN: It's absolutely sneaky, and you know, science is not about being sneaky. It's putting our cards on the table and saying here's what it says.

BIERACH: Petersen says if the amendment passes, what constitutes a religious belief? Can a student decide they can't do their chemistry homework because the periodic table goes against their religion? If they opt out of a biology assignment because they don't believe in evolution, can they still pass the course?

BIERACH: Amendment supporters say local school officials would establish guidelines for teachers, but retired science teacher Carol Ross-Bauman says teachers' and administrators' jobs are already hard enough and this amendment will only cause more problems that she says are unnecessary.

CAROL ROSS BAUMAN: We're free to pray in school, and I promise there is praying going on in schools. And it's not just the praying that goes on before a test. There are kids who pray before they eat lunch. They have prayer groups, they do it in public, they do it out loud, the meet at the flagpole.

BIERACH: Both teachers fear it's students who will suffer if opting out of critical science coursework is widely permitted. Elizabeth Petersen.

PETERSEN: I think it's important that kids understand if you opt out of this, here's what your missing. I mean and in biology, because evolution is such a major understanding, you don't take biology, maybe you don't graduate. So I keep thinking, why would the legislators intentionally handicap kids? I mean it's bad legislation.

BIERACH: The ballot summary was challenged in a lawsuit earlier this year, but a Missouri appeals court ruled it could remain on the ballot. A recent St. Louis Post-Dispatch poll reveals that the amendment is getting wide support and is likely to pass overwhelmingly. For NPR News, I'm Julie Bierach in St. Louis. Transcript provided by NPR, Copyright NPR. 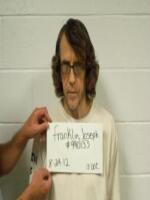