Which Tablet Is Right For You?

The holiday season is upon us. In the tech world, that means it's time to talk gadgets, specifically one of the year's most popular gadgets: the tablet.

For the first time, Apple's iPad has some competition: Google's Nexus, Amazon's Kindle Fire HD and the Microsoft Surface.

These tablets represent the marquee efforts of the biggest technology companies. They also represent the four major content universes.

They're also significantly cheaper than their Apple competitor. The iPad Mini starts at $329. The Nexus and Kindle Fire HD, meanwhile, start at $199.

But as with the bigger Amazon tablet, there are commercials everywhere on the Kindle Fire HD.

The standard-bearer for full-sized tablets is the iPad. Starting at $499, it's a little more expensive than its competitors. But in terms of content, Apple is tough to beat. With 270,000 apps, there's something for everyone in the Apple universe.

But Amazon has a lot of movies, and with the Fire HD 8.9-inch model, you can download the same movie faster than you could on an iPad 4.

The Amazon tablet is also much cheaper — $200 less than the fourth-generation iPad.

The downside of the Amazon tablet? It's not good for work. Try managing your email on it, and you might end up pulling your hair out.

New Tablet On The Block

Microsoft seems to be aiming at folks who want to use a tablet for more than play.

It has a file hosting service called SkyDrive, which lets you sync all your office documents or spreadsheets in the cloud. That works really well.

The problem is Windows RT, which runs the Surface. It's a new ecosystem, so there are some kinks.

The tablet itself, physically, is a beautiful machine. It has a little kickstand, and it has a cover that doubles as a keyboard, which is great.

But at this point, there are things about it that would prevent us from recommending it. It has promise, but give it more time.

When you are buying these devices, to some degree you're buying into a different content universe.

So you have decisions to make. If you want to spend a little more, go for Apple, but know that you're going to be locked into their universe. Microsoft has the least content available in its universe at this point. 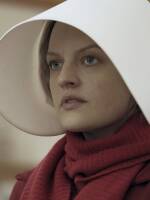 Laura Sydell
Laura Sydell fell in love with the intimate storytelling qualities of radio, which combined her passion for theatre and writing with her addiction to news. Over her career she has covered politics, arts, media, religion, and entrepreneurship. Currently Sydell is the Digital Culture Correspondent for NPR's All Things Considered, Morning Edition, Weekend Edition, andNPR.org.
See stories by Laura Sydell 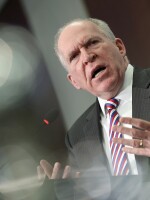