Attorney General Eric Holder said Thursday that his conversations with residents of Ferguson during his visit two weeks ago influenced his decision to investigate the city’s police department.

Holder says he heard directly from residents and listening sessions “about the deep mistrust that has taken hold between law enforcement officials and members of the community. ... People consistently expressed concerns stemming from specific alleged incidents, from general policing practices, and from the lack of diversity on Ferguson’s police force.”

An “extensive review of documented allegations and other available data” also contributed to his decision to investigate, Holder added.

A team from the Justice Department’s Civil Rights Division will conduct the investigation, which Holder says will “focus on the Ferguson Police Department’s use of force, including deadly force; stops, searches and arrests; discriminatory policing; and treatment of detainees inside Ferguson’s city jail by Ferguson police officers.”

Justice Department officials met with Ferguson’s mayor, city manager and police chief, and "they have welcomed the investigation and pledged complete cooperation,” said Holder. He also says the investigation will be conducted “both rigorously and in a timely manner, so we can move forward as expeditiously as possible to restore trust, rebuild understanding, and foster cooperation between law enforcement and community members.”

While the investigation is focused on the Ferguson Police Department, Holder says it may not stop there; “I want to make very clear that as this investigation unfolds and evolves, we will follow the facts and the law wherever they may lead. And if, at any point, we find reason to expand our inquiry to include additional police forces in neighboring jurisdictions, we will not hesitate to do so,” said Holder.; The investigation will likely takes several months, if not longer to complete.

Holder also announced that the St. Louis County Police have agreed to participate in what is known as a “collaborative reform effort” and will work with the Justice Department’s COPS Office. COPS stands for Community Oriented Policing Services.

Holder says St. Louis County Police Chief Jon Belmar voluntarily accepted the collaborative reform process and has asked for what is known as an “After Action Report” on the department’s response to recent demonstrations.

“Already, with the cooperation of St. Louis County leaders, we have identified priority areas for intensive review and technical assistance, including racial profiling; stops, searches and frisking; the handling of mass demonstrations by police officials; and law enforcement training both at the police academy and at the continuing professional level,” Holder said.

At a press conference Thursday afternoon, Belmar said, “I’m confident that we can withstand that review. But even if I wasn’t, I would ask for it anyway. Just because you don’t know the answer or are afraid it’s going to be a bad answer, doesn’t mean you shouldn’t understand the outcome if you’re a leader.”

Belmar said that his confidence is based on the the fact that “we have great policies in place. In many ways, the department’s a model. But our professional athletes practice every day also, so we’ve got to get better with that.”

The county police department is one of the largest in the state with more than 800 sworn officers. In addition, officers from many municipalities, including Ferguson, go through the county’s police academy. Belmar said the review would help county police set a good example.

“We need to be the example to have many responsible departments follow my lead and have the ability to take the look at this, too,” he said. “Whatever best practices we get out of this, we have the ability to import to the police academy to make sure those things happen.”

The attorney general emphasized that the reform effort is "a long-term strategy, focused on community policing, that will provide a detailed road map to build trust; to bolster public safety; to ensure accountability; and to change the way that law enforcement leaders make decisions, implement policies and forge community partnerships.”

He says the program's track record proves that such efforts to reform policing practices can be “tremendously successful.”

An eight-month review of the Las Vegas police in 2012 resulted in 75 findings and what Holder called “concrete recommendations” on officer-involved shootings and other uses of force.; Holder says the review planned for St. Louis County Police Department will be similar to the Las Vegas review.

Holder says the investigation of the Ferguson Police Department and the reform review of the St. Louis County Police Department, are part of his promise to stand with the people in Ferguson.; “This won’t be easy. But I know that, together, we can and will meet this challenge.”

Impact on other probes

It’s not clear what the Justice Department review means for a federal civil rights complaint the Missouri NAACP filed against the county police last November. The president of the NAACP’s St. Louis chapter, Adolphus Pruitt, said he is meeting with Justice Department officials tomorrow to get those questions answered. Belmar would not comment on that pending complaint, and the Department of Justice did not return a request for comment.

Pruitt agreed that only good things will come from the federal reviews both in Ferguson and St. Louis County.

“But we are still pushing and still hoping that all those departments out there – in which we have these historic numbers of African Americans being pulled into the justice system – that all of those get the same sort of review.

Pruitt said he was skeptical that the county review was truly voluntary, saying nothing would have happened without Mike Brown’s death.

Residents react to announcement of investigation

An expanded investigation was one of the demands made by local protesters following the Michael Brown shooting. St. Louis rapper Tef Poe, who is also an organizer for Hands Up United, said he sees the justice department’s investigation as a small victory with the potential to make changes within the police departments.

“I hope it’s not a situation where Ferguson and the county police can wiggle out of their responsibility for what they did. I hope we can finally begin to get some answers,” Poe said.

At the Infinity Styles Barbershop in Ferguson, Richard Ivy said that people of color are more likely to be pulled over and ticketed, even harassed by police.

“It’s a lot of things that go on behind the scenes that the world doesn’t see, with the police reacting and how they react to black people,” Ivy said.

Ivy said Ferguson isn’t the only place where racial profiling happens, and white police aren’t the only ones who do it. When visiting traffic court recently, Ivy said he was struck that most of the people in the courtroom were African American. He suspects that the courtrooms of any municipality in the St. Louis area would have similar demographics.

On the other side of town, Ferguson resident Susan Ankenbrand and a group of volunteers sold “I Love Ferg” T-shirts in a local coffee shop. After living in the city for 40 years, she said she thinks the police do an excellent job.

“This community has always valued diversity. And to see this community held up as this racist area is just so painful,” Ankenbrand said.

Ankenbrand, who served on the Ferguson City Council for 16 years, said racial profiling does happen, but she rejects the idea that it’s more prevalent in Ferguson.

Even though recent protests have brought to light allegations of harassment by police in the St. Louis area, citizens have limited power to file formal complaints.

St. Louis Alderman Antonio French, D-21st Ward, has been active in the Ferguson protests. He said he expects a strong push to establish a civilian review board in the city, despite past failures, because the political climate has changed.

“One of the situations we have right now is broken trust between people and police. A civilian review board, I think, will go a long way to re-establish the faith that complaints will be dealt with fairly, and even police are not above the law,” French said.

Within the county, French said, the viability of small police departments should be looked at.

"Larger departments with more resources can provide better training to their police officers,” he said. “If you are a small municipality that can only survive as a municipality by giving tickets to 20,000 or 30,000 people a year, then perhaps we need to take a close look at whether you should exist.” 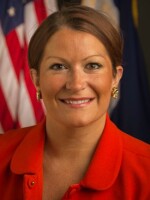 Jim Howard
Howard covers news from Washington, D.C., of importance to the St. Louis region. His beat includes following the legislative activities of area lawmakers on Capitol Hill as well as developments from The White House, Supreme Court and numerous federal agencies and departments. Prior to joining St. Louis Public Radio, he was a longtime newscaster and producer at NPR in Washington. Howard also has deep roots in the Midwest. Earlier in his career, he was statehouse bureau chief for Illinois Public Radio, where he directed news coverage of state government and politics for a 13-station network.
See stories by Jim Howard 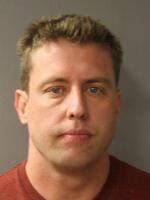