With Prices Down And Layoffs Up, Copper Industry Still Looks To Grow

The price of copper is down more than 40 percent from its peak just four years ago. Some of that is due to a drop-off in construction activity in the United States and China. The trend has some small mining towns in Arizona worried as shrinking revenues are starting to translate into layoffs.

It's hard to miss the Ray Mine near Kearny in southern Arizona. The open-pit copper mine spans nearly two square miles and extends more than 1,000 feet into the ground.

At first glance, all appears normal while peering in from the road as earth movers and large haul trucks move about the area. This is one of more than 120 mining operations that dot the landscape in this state.

But production at the Ray Mine isn't as high as it was a few years ago. In fact, Asarco, the company that owns it, has just announced a round of layoffs.

Darlene Hosea, a haul truck driver, has been working at the Ray Mine for the last four years. But recently she got word that she was losing her job.

"They've worked kind of hard, the company and the union, to try to make the transition easy. But how do you transition from a paycheck to saying you're not going to have one," Hosea says. "We've had to trim on our finances things that aren't necessary like satellite TVs. You know, we're doing a little more eating at home and a lot less eating out."

Asarco officials say the layoffs were in response to falling copper prices. The company hasn't released the final number of layoffs planned at the mine but elected officials from surrounding towns estimate around 130 employees could be affected at this mine and a nearby smelter.

Sam Hosler is the mayor of Kearny, a small town just 10 miles east of the mine. He says for the nearly 2,000 people that call the area home, dealing with the threat of layoffs is never easy.

"That's tough for individuals to deal with," he says. "Now, the town itself has a longer memory. Used to it? No, especially the younger families. It still hurts. And, yes, I think the town will certainly be here 1, 2, 3 years from now no matter what happens."

But he adds that layoffs related to copper prices are a natural part of this mining town's economic cycle of peaks and valleys. The current valley is coming off a spike originating in the mid-2000s.

Mining companies began increasing production after seeing a growing use of the metal in electronic components and a surge in infrastructure investment in the U.S. and China.

By 2011 though, demand from both countries dropped off significantly, leaving the market with more supply than demand could support.

But Dennis Hoffman, an economist at Arizona State University, says the price drop isn't likely to last too long.

"For this to be a permanent change, we're going to have to believe that construction's never coming back in this country and that China is never growing and those would be pretty surprising events," he says.

While some copper mining companies are laying off workers, other firms are looking to invest.

In December, Congress approved a federal land exchange to allow Resolution Copper to open a mine in the state over what many believe is one of the largest untapped copper deposits in the world. It joins several other companies that are also expanding their operations in Arizona.

Hoffman says, in this industry, long term is the name of the game when it comes to investment.

He compares the current conditions to those of the oil industry.

"There'll be some rigs that are shut down because the price of oil came off a little bit, but are people stopping investing in oil? And the answer is no," he says. 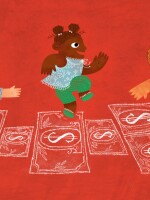