Do You Like Me? Swiping Leads To Spike In Online Dating For Young Adults

Who is among the least likely to use online dating sites?

A few years ago, you would have been correct to guess college students or those in their early 20s, a group surrounded by peers and in the prime of their bar-hopping years. But a newly released Pew Research Center study finds the use of online dating sites by 18- to 24-year-olds has nearly tripled just since 2013, making this group now the mostlikely to use the Web to find partners.

"This is a really meaningful sociological phenomenon," says Aaron Smith, Pew's associate director for Internet research and author of the report, which surveyed 2,000 U.S. adults.

Smith says the spike has been driven by the rise of mobile dating apps, something used by 1 in 5 young adults. Downloaded on a smartphone, the programs tap into someone's location and social media apps to provide instant connections.

"It's not just, 'There is a single person in Washington, D.C., who meets a certain criteria,' " Smith says. "It is, 'There is a person who is currently 1 mile away from you who earlier today was in the bookstore that you like to go to, and is friends of friends with three people who are in your social media networks.' "

Smith says such apps typically have a "light, game-ified way of engaging with other people," such as swiping left or right on someone's image to express interest (or not). No more "drawn-out emails and detailed profile pages," he says. The most well-known mobile dating app may be , but as it has gained popularity, there's been a proliferation of others.

The Pew study finds online dating has also doubled among 55- to 64-year-olds, though they're more likely to use traditional means. Overall, 15 percent of American adults have used online dating sites or mobile apps, up from 11 percent in 2013. But 41 percent know someone who does, and nearly a third of Americans know someone who has met a spouse or long-term partner this way. Smith says that has helped reduce the stigma; however, 16 percent of users tell Pew that online dating sites are for people who are "desperate."

Pew finds 80 percent of people who've used such sites rate them as a good way to meet people. But nearly half — mostly women — say they worry that online dating is a more dangerous way to meet people. Nearly a third say they believe online dating keeps people from settling down, "because there's always somebody new in the social media pool if you aren't quite 100 percent satisfied with the person you're talking to currently," Smith says.

Endless choice is what propelled comedian Aziz Ansari to write Modern Romance, in which he confesses to finding the whole ritual exhausting.

"You can stand in line at the grocery store and swipe through 60 people's faces on Tinder while you wait to buy hamburger buns," he says. "Throw in the fact that people now get married later in life than ever before, turning their early 20s into a relentless hunt for more romantic options than previous generations could have ever imagined, and you have a recipe for romance gone haywire."

In another sign of a mini-backlash, Sam Rega wrote in Business Insider last year that he became "addicted" to dating apps. "It became so bad I actually developed a pain in my right thumb; what I call "carpal-tinder syndrome," he wrote. His solution was to quit cold turkey.

There's a socio-economic divide with online dating, with better-off and better-educated Americans more likely to use it. Part of the reason may be access to laptops and smartphones, though Pew researcher Smith says the gap in usage is shrinking. He says a college graduate who has moved for work may be more likely to use an app because "they may not have very deep social networks in the city they live in. Or maybe they work long hours and don't have a lot of time to go out and meet people in the bar, or in various places after work."

In its short history so far, online dating has provided the biggest boon to groups with "thin dating markets," says Stanford sociologist Michael Rosenfeld, who has also studied the rise of online dating. Think a lesbian or gay person living in a small Southern town, for example.

Rosenfeld agrees it's surprising to see online dating embraced by young heterosexuals, the demographic with society's largest share of singles. Then again, it might have to do with "how much young people love their smartphones," he says, "and how the lure of the smartphone introduction to an attractive stranger is difficult to resist." 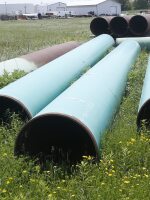