Carolyn Rossi has been a registered nurse for 27 years, and she's been fiercely protective of infants in her intensive care unit — babies born too soon, babies born with physical and cognitive abnormalities and, increasingly, babies born dependent on opioids.

As clinical manager of the nurseries at the Hospital of Central Connecticut, Rossi works in the neonatal intensive care unit. Like many hospitals across the country, the facility near Hartford has seen a dramatic rise in recent years in the number of babies born with neonatal abstinence syndrome. The National Institute of Drug Abuse reports that more than 21,000 infants born in the U.S. in 2012 (the most recent year for which data are available) experienced symptoms of opioid withdrawal. The hospital says each such baby in its care costs roughly $50,000 to treat.

These fragile and fitful newborns present new challenges for hospitals. Some research suggests the children do best when they can be held for hours at a time, preferably by their mothers, in quiet, private rooms, as they go through the process of being weaned off the drugs.

But delivering care that way requires changing the attitudes of many doctors and nurses about addiction.

Rossi, for example, says her initial training in the best ways to care for newborns in withdrawal was very different from what the research now suggests.

"You know, we looked at it like, 'They are drug addicts and the baby is born a drug addict and we're trying to protect the baby from the mother,' " Rossi says. "Like we were going to cure the baby, but not cure the mother and the family. So it was a lot about taking babies away from moms."

That turns out not to be a useful strategy if you're hoping to engage the help and support of a mother who already feels stigmatized by her drug habit, says Kate Sims, who directs women's and children's services at the hospital.

"She's feeling guilt herself," Sims says. "And then [she] comes in here and, unfortunately, as best as we are as providers and nurses, we're also judgmental. And so it's felt."

A lack of trust between mother and a nurse makes treating the baby even harder, Sims says.

So the hospital is now trying to make sure everyone in patient care sees the addicted mother first as a mom. In some cases that means getting care providers to understand that addiction isn't a moral failure, and that many people who are addicted come from a lifetime of trauma. Rossi says it's been hard for nurses who have been trained to be baby specialists to become mom specialists, too.

"It's a big culture change for me personally, and I know for the NICU nurses that are in here," she says. "You really do believe you're doing the right thing until something like this comes along."

The hospital's approach to caring for these infants is changing, in other ways, too. Dr. Annmarie Golioto, chief of pediatrics and the head of the hospital's nursery, says a bright, loud and bustling intensive care unit is a hard environment for a baby going through withdrawal. So she's gotten approval to use a few rooms just outside the intensive care unit as a quiet, monitored space for a baby and mother to stay for as long as the baby needs it.

Golioto hopes the new setting will shorten recovery times for the children and decrease the amount of morphine a baby needs to ease withdrawal. She's also hopeful these moves will inspire some mothers to think differently about their newborns.

Rossi says she recognized the value in this new nursing approach the very first time she saw it in action. It was last December, she recalls. Rossi gave a mother a hospital room to stay in for more than a month while her baby went through withdrawal.

"She was just thrilled," Rossi says. Though the mother couldn't be at the hospital 24/7, "she was here as much as she could be," the nurse says, "and just knowing that she had the flexibility helped me understand that she is a mom. She is a great mom. She wants to be a better mom."

Nearly every aspect of the opioid epidemic worsened in 2014, according to the federal government's latest figures. And even though the Hospital of Central Connecticut's programs are just a few months old, health care workers there hope the changes they've made in their culture of care will, at the very least, give vulnerable moms and babies a better start. 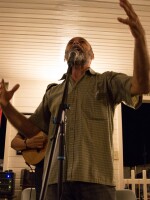 Jeff Cohen
Jeff Cohen started in newspapers in 2001 and joined Connecticut Public in 2010, where he worked as a reporter and fill-in host. In 2017, he was named news director.
See stories by Jeff Cohen
Latest Stories
Support news that matters in Kansas City
KCUR serves the Kansas City region with breaking news and powerful storytelling.
Your donation helps make non-profit journalism available for everyone.
Donate Now