8 shot to death, including gunman, in Missouri rampage

The victims were found at four homes in Tyrone, about 40 miles north of the Arkansas border. The gunman was discovered in a neighboring county. He was dead from what appears to be a self-inflicted gunshot wound. He has been identified as Joseph Jesse Aldridge, 36, of Tyrone. He is believed to be a cousin of the victims: ​


The names of three other victims have not been released, pending the notification of next of kin.

One person survived the attacks and is in a hospital.

Coroner Tom Whittaker says before the gunman was found, authorities found his mother, Alice L. Aldridge, 74, dead of apparent natural causes on a couch at her home. She had been under a doctor's care and appeared to have been dead for at least a day.

Steve Shriver says three of the deceased are his cousins, and he and others were attempting to locate and feed the cattle on land that his relatives would typically be working.

"I’ve been on the phone all morning. I can’t get off the phone. We’ve trying to get people together to help feed these cows."

There's no word on a motive for the shootings. The investigation continues by the Missouri State Highway Patrol and the Texas County Sheriff’s Department.

Bill Raack
Raack has been in radio for over 20 years. After graduating with a degree in journalism from the University of Kansas in 1983, he worked at commercial radio stations in Kansas and then Illinois. He moved to public radio in 1990, joining the staff of WILL-AM/FM in Champaign-Urbana, Illinois, as a host/reporter and then as news director in 1993. He returned to his hometown of St. Louis in 1995 as the local host of St. Louis Public Radio's Morning Edition program and also served as a reporter/producer until 1998, when he was named news director. Bill and his wife Kim are proud parents of two public-radio-listening children.
See stories by Bill Raack 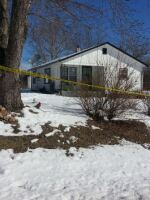