Listening To The Monkees With Fresh Ears, 50 Years Later

This is FRESH AIR. It's been 50 years since The Monkees first appeared on the pop charts and on television. And a half-century later, the verdict on The Monkees has undergone a major revision in some quarters. Even apart from the nostalgia people never thought they'd feel for the prefab four, their best songs have held up mostly due to the fact that they used top-notch songwriting talent. Just over 50 years on, rock historian Ed Ward takes a closer listen to their music, as presented on the CD collection "The Monkees 50."

(SOUNDBITE OF SONG, "THE MONKEES THEME")

THE MONKEES: (Singing) Here we come walking down the street. We get the funniest looks from everyone we meet. Hey, hey, we're The Monkees and people say we monkey around. But we're too busy singing to put anybody down. We go wherever we want to...

ED WARD: I totally missed The Monkees when they were first around. Like a lot of my peers, by September 12, 1966, when the first TV episode aired, I was well into the growing underground music coming from California and London. Typical teenage snobbery, but since I'd never sat down and paid attention to them until 2016, it served me well. Knowing what I do about some of the personalities involved, they're far more interesting in retrospect. Take their first single and first number one record, for instance.

WARD: It was tuneful, which you'd expect from Tommy Boyce and Bobby Hart, who wrote it and the show's theme song. But what exactly is going on here? The protagonist wants one more night because he doesn't know if he's ever coming home - ever. That's a long time. Given when this came out, could this have been a guy who's on his way to Vietnam? How many of the people laughing at The Monkees thought about that at the time? The show's producer, Don Kirshner, had founded Aldon Music in New York and hired Carole King and Gerry Goffin and a host of other Teen Pan Alley songwriters, then sold the company to Screen Gems, a film and television production company. Thanks to him, The Monkees had some of the hottest talent writing material for them. And with the rise of bands that wrote their own songs, these songwriters had a lot of time on their hands. Some had ambitions of their own.

(SOUNDBITE OF SONG, "I'M A BELIEVER")

THE MONKEES: (Singing) I thought love was only true in fairy tales, meant for someone but not for me. Love was out to get me. That's the way it seemed. Disappointment haunted all my dreams. Then I saw her face. Now I'm a believer. Not a trace of doubt in my mind. I'm in love. I'm a believer. I couldn't leave her if I tried.

WARD: Neil Diamond was one of the last writers taken on at Aldon, and the move to Screen Gems meant that he had more opportunity for exposure than ever, especially when a group took his songs to number one. And although the show's producers weren't happy about it, one of the actors already had a small recording and performing career behind him and was an excellent songwriter to boot.

WARD: Michael Nesmith was a rich kid from Texas who'd gone to Los Angeles to make contacts and get famous and somehow got selected out of the 437 applicants for the show who'd included everyone from Stephen Stills to Mickey Rooney Jr.. It was he who led the revolt that saw the cast learning to play their own instruments and the forced resignation of Don Kirshner. But they still had to find songs.

THE MONKEES: (Singing) The local rock group down the street is trying hard to learn their song. They serenade the weekend squire who just came out to mow his lawn. Another pleasant valley Sunday, charcoal burning everywhere. Rows of houses that are all the same, and no one seems to care. See Mrs. Gray, she's proud today...

WARD: "Pleasant Valley Sunday," a cookie-cutter song about how plastic suburbia was, was written by Goffin and King and their next No. 1 song, "Daydream Believer," would be written by John Stewart, lately of the Kingston Trio. By the time that hit the charts, it was fall of 1967, the pop landscape was a whole different place and there were major changes ahead. In February, 1968, the television show was canceled, but the band - actors no more - still had plenty of fans. They decided to do something about that and made a movie.

WARD: Goffin and King's "Porpoise Song" was the theme to The Monkees' film "Head," a drug-soaked enigma that has its defenders today but baffled its audience, as it probably was intended to. Its resemblance of Phil Spector's sound was no accident. It was arranged by his arranger, Jack Nitzsche, and had a lot of familiar names from his records playing on it. By 1969, The Monkees were an album band like everyone else, with fewer and fewer hits and one fewer member, since Peter Tork had bought himself out of his contract. Early in 1970, Nesmith quit to form the underrated country rock First National Band, and The Monkees, except for some revivals, were effectively over.

BIANCULLI: Ed Ward is the author of the new book "The History Of Rock & Roll, Volume 1: 1920-1963." He reviewed "The Monkees 50." On Monday's show, a doctor's perspective on how medicine has changed the end of life.

HAIDER WARRAICH: Doing things has become very easy - ordering a C.T. scan, ordering some treatment - but knowing when to stop is so much harder.

BIANCULLI: We talk with Dr. Haider Warraich. His new book is called "Modern Death." Hope you can join us.

THE MONKEES: (Singing) Oh, I could hide beneath the wings of the bluebird as she sings. The 6 o'clock alarm would never ring. But it rings and I rise...

THE MONKEES: (Singing) Oh, what can it mean to a daydream believer and a homecoming queen? You once thought of me as a white knight on his steed. Now you know how happy I can be. Transcript provided by NPR, Copyright NPR. 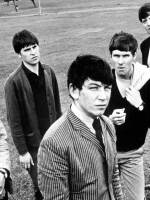