The New Yorker magazine has published an article by Ronan Farrow detailing accusations of sexual harassment by CBS CEO Les Moonves and other men at the company.

Farrow interviewed 30 current and former CBS employees about alleged improper behavior by Moonves toward staff at CBS News and 60 Minutes. Farrow said six women said Moonves had sexually harassed them. Others told Farrow that other men at the company who were accused of improper behavior were promoted, as CBS paid settlements to the women who complained.

The New Yorker quotes victims as saying their careers were harmed by resisting Moonves' advances. In a statement to the magazine, Moonves says he regrets advances made decades ago when he "may have made some women uncomfortable," but he denies misusing his position to harm anyone's career. The allegations against Moonves go back two decades but also detail more recent incidents.

The company's statement said: "All allegations of personal misconduct are to be taken seriously. The Independent Directors of CBS have committed to investigating claims that violate the Company's clear policies in that regard."

The statement does not name Moonves directly, but it is titled "Statement From CBS Independent Directors Regarding The New Yorker."

Farrow is the Pulitzer Prize-winning reporter who, along with The New York Times last year, broke the story of Harvey Weinstein's sexual misconduct.

CBS shares plunged on news of the company's investigation into its CEO and chairman.

Moonves, 68, has headed CBS Corporation since 2016. Before that, he headed CBS Entertainment an CBS Television. He is currently embroiled in a fight with Shari Redstone of Viacom Corp., which is trying to merge with CBS. 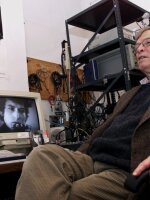