A majority of Americans believe that while their communities will suffer in the short term from the COVID-19 pandemic, they will eventually recover.

And nearly one in 5 people feels their communities will emerge stronger than ever.

That’s according to a new Public Agenda/USA Today/Ipsos Hidden Common Ground survey — conducted at the end of March and released on April 3.

The evidence is in Nova Powell’s tiny Texas town of Pettibone, which he describes as “an intersection, with a curve in the road, and about five houses altogether.”

Powell, 77, says he’s an ardent Democrat and has not been pleased with the federal government’s handling of the pandemic. But he’s been encouraged lately by small acts of kindness.

Powell’s wife Deb has asthma and relies on a breathing device that uses distilled water. When the local grocery store ran out, store employees went out of their way to find a few gallons just for him.

“That’s the kinda people that are here,” Powell says. “And their politics are very far removed from mine.”

Nearly half of all Americans surveyed, including 56-year-old Trina Decembly in Cleveland, Ohio, say they’ve been reaching out to check on neighbors who might be vulnerable.

“I think all communities are going to be stronger because of this, because people are watching for other people, especially the elderly,” Decembly says.

More than two-thirds say they’re contacting family and friends more than usual and rallying to support local businesses. And more than half of Americans say they plan to donate money, supplies or time to help people in their community.

The survey also found widespread agreement that the U.S. should not be too quick to return to normal life. Some 90% of Democrats and 81% of Republicans say the nation should go slow in rebooting the economy to prevent the spread of COVID-19 and save lives.

Americans agree the economy should be rebooted slowly to save lives

There is, however, a partisan split over whether the federal government is doing all it can to address the crisis, with Republicans more than twice as likely as Democrats to feel that way.

“You see a lot of support for the federal government taking a very active role in fighting the virus,” he says.

People on all sides of the political spectrum — 80% of Democrats and 64% of Republicans — say the federal government’s main priority should be preventing the spread of the virus.

There’s also broad support for the federal government to provide free coronavirus testing to all who need it and to mandate manufacturers and pharmaceutical companies help with supplies, treatments and vaccines.

Views on the federal government's handling of COVID-19

More than three-quarters of Americans also feel the government should provide businesses with no-interest loans, give cash payments directly to those who need it and pass paid sick-leave legislation.

But what about the looming prospect of a recession? Roughly one in 5 Americans, including 49-year-old Republican Jean Vo in Mobile, Ala., thinks protecting the economy should be the main priority.

“I understand they’re trying to prevent deaths," Vo says, "but there are other long-term ways people’s lives can be affected even if they’re never touched by the virus themselves.

“Financial problems can destroy marriages very easily. If this drags on for months [and] people lose their homes, families are split up, it’s going to be bad. I really don’t know that it’s the right thing to do to completely shut down most of the economy to save lives.”

While fewer than 40% of Americans say they feel COVID-19 poses a threat to them personally, millions of Americans have already lost jobs.

Many who participated in the survey were already struggling with economic uncertainty, including 25-year-old Matthew Mullins in Grand Forks, N.D.

Mullins says the lack of paid sick leave incentivizes people to work through their illness, which puts everyone at risk. Before he got laid off last month, he worked at a factory that processes potato products.

“Very shortly before this all began, we had a co-worker with the flu who wasn’t willing to go home despite our protests,” Mullins says.

Rick Liske, a 46-year-old in Toledo, Ohio, is also faced with enormous uncertainty at this time. He recently lost his sous chef job at a local restaurant.

“If you lost a job any other time, there were so many restaurants around, you could go find one,” he says. “Now, it’s just not that way.”

Liske says as a gay man, the forced closure of restaurants and bars is a double whammy: Not only did he lose his job, he’s lost his connection to the LGBTQ community.

“It’s just not a bar... it’s where people go for togetherness,” he says. “It’s kind of like being on ‘Cheers,’ where you want to go where everybody knows your name.”

Christian Sanchez, 21, in Hartford, Conn., says he’s been feeling pretty isolated being stuck in his apartment.

He says the hardest part of the COVID-19 pandemic has been losing access to a mental health program that provided group activities and therapy sessions.

Sanchez says his faith in God is keeping him afloat. Once this all passes, he’s eager to visit his grandmother again.

“She’s like my best friend,” Sanchez says. “My biggest worry is, how long is it going to take?”

Liske says the one bright spot in all this is that, like many Americans, he’s been checking in more often with his elderly parents and is staying more in touch with family overall.

And he’s hopeful this crisis will breed compassion, which will help those who are struggling make it through.

Prevent the spread or protect the economy?

This story was produced by America Amplified, a public media initiative funded by the Corporation for Public Broadcasting. America Amplified is using community engagement to inform and strengthen local, regional and national journalism. It was developed in partnership with Side Effects Public Media , a news collaborative covering public health.

For this story, Side Effects Public Media and America Amplified partnered with the Hidden Common Ground Initiative , spearheaded by Public Agenda and USA Today, along with the National Issues Forums and Ipsos. The initiative challenges the dominant narrative of a hopelessly divided America by identifying areas of common ground and looking for solutions to politically polarizing issues.

The survey was conducted in 2020, from March 27 through March 30 and was based on a nationally representative probability sample of 1,002 adults 18 and older. 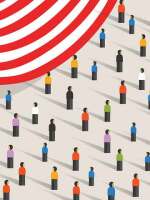 Christine Herman
Christine Herman spent nine years studying chemistry before she left the bench to report on issues at the intersection of science and society. She started in radio in 2014 as a journalism graduate student at the University of Illinois and a broadcast intern at Radio Health Journal. Christine has been working at WILL since 2015.
See stories by Christine Herman
Hungry For MO returns!
KCUR's podcast Hungry For MO is back with more stories about Missouri’s iconic foods, from barbecue to pizza and beyond.
Subscribe now
Latest Stories
Support news that matters in Kansas City
KCUR serves the Kansas City region with breaking news and powerful storytelling.
Your donation helps make nonprofit journalism available for everyone.
Donate Now
Related Content