Nebraska Public Media | By Will Bauer

A North Platte television news director was fired by her station for helping collect signatures for a ballot initiative to ban abortions in the neighboring town of Curtis.

A television news director from western Nebraska will clean out her desk Monday night after the station fired her over the weekend for helping collect signatures for a ballot initiative to ban abortions in the neighboring town of Curtis.

The vice president and general manager of KNOP, a NBC affiliate, in North Platte confirmed Melanie Standiford was fired for violating company policies on Friday – the same day the Flatwater Free Press quoted Standiford about a petition drive in Curtis.

Standiford, 50, and a mother of nine, said she didn’t report on the specific ballot initiative. However, a review of KNOP's website shows Standiford reported on the issue multiple times.

“The lady that does the anti-abortion prayer chain in North Platte, Nebraska, said to me: ‘I thought you were pro-choice,’” Standiford said. "Everybody in North Platte thought I was pro-choice because I was so balanced and so careful to make sure that I never showed anything but that. I was very fair.”

Curtis, a town of around 800 people in Southwest Nebraska’s Frontier County, will vote to ban abortion this November. Standiford collected signatures for the ballot initiative at her church.

She told the Flatwater Free Press that everyone in Curtis knew Standiford was a Christian and anti-abortion. In her mind, the Curtis ordinance would be so widely supported that it wouldn’t be controversial.

The Flatwater Free Press also asked Standiford about her involvement with the petition and how that impacts her coverage as a news director.

“You’re probably right, I probably, maybe shouldn’t have even done that,” she said. “But who knew it would be an issue?”

Curtis, also home to the Nebraska College of Technical Agriculture, is one of six towns where voters will determine the fates of local abortion bans, although some legal experts question the effort’s impact on abortion access.

The North Platte Bulletin reported and social media posts indicate there were some North Platte-area residents who objected to Standiford’s firing and gathered outside the station’s building on Monday.

Shannon Booth, the KNOP vice president and general manager, said in a statement that Standiford has been fired and she wishes the best for her.

“KNOP can confirm that our long-standing company policy encourages civic involvement among our employees, so long as such activities do not give the appearance of interfering with journalistic impartiality,” Booth said in a statement. “In furtherance of that qualification, KNOP’s news personnel are not permitted, at any time and regardless of beliefs, to actively engage in any political activity for any candidate, party, or ballot initiative.”

Promoted to the news director role in 2021, Standiford had worked for KNOP for five years. Standiford said she’s been contacted by lawyers and is deciding what to do next. In the meantime, she said she worried about the newsroom.

“I planned on anchoring the news and producing the news on Saturday and Sunday because I let one of my employees have the weekend off,” she said.

In her eyes, she was able to separate her personal beliefs and professional life. She also said she didn’t force anyone else to sign the petition – she just merely presented the option. 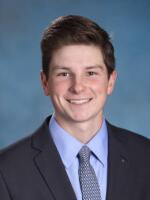 Will Bauer
Will Bauer joined Nebraska Public Media in 2021 after graduating from the University of Nebraska-Lincoln. He now produces the statewide TV talk show "Speaking of Nebraska" and is a general assignment reporter. Will is a Minnesota native, enjoys golfing in his free time and holds three undergraduate degrees.
See stories by Will Bauer
Overlooked
A new podcast from KCUR investigating Roger Golubski and corruption in the Kansas City, Kansas, police department.
Subscribe now
Latest Stories
Support news that matters in Kansas City
KCUR serves the Kansas City region with breaking news and powerful storytelling.
Your donation helps make nonprofit journalism available for everyone.
Donate Now
Related Content