Fado is a Portuguese folk-song tradition dating to the early 19th century.

A new Kansas City project called Fado Novato explores this music that's full of resignation, heartache, and melancholia harkening back to the streets and taverns of Lisbon.

"So many songs in Fado are about sadness and longing," says vocalist Shay Estes. "A lot of Fado is about mothers, or about the sea, or about ruined women."

For Fado Novato's debut performance in October at Grünaer in Kansas City, Mo., they performed 16 songs, including "Fado Da Defesa" by António Calém.

Translated from the Portuguese

Do you remember our street
That today is mine and once was yours,
Carved for the two of us,

It was opened by friendship
Built with saudade (longing)
Where love was later to dwell.

But one day you left.
And a cold and sad wind
Swept away the spring.

And now fall came,
And the abandoned leaves
Died, waiting for you.

Some nights the moonlight
Traces an ocean path
for you to return to me.

But the voyage is so long.
That I only see you as a mirage
In a dream that never ends.

Julie Denesha
Julie Denesha is a freelance multimedia journalist based in Kansas City. Contact her at julie@kcur.org.
See stories by Julie Denesha 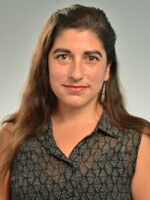