Hungry for pizza in Kansas City? Here's a guide to the city's many shops and styles

Kansas City doesn't have one distinct pizza style to call its own, but instead offers a smorgasbord of options — from gourmet Neapolitan to greasy New York slices. Take a journey through the best pizza restaurants around the metro.

Pizza could be considered the third pillar of Kansas City’s culinary milieu, ranking just below barbecue and tacos.

Being in a food lover’s city, many of us have pretty impassioned opinions about pizza — even beyond the question of whether pineapple belongs on it or not.

We’ll leave those debates up to you, while we explore some of the various pizza styles available in Kansas City. Along the way you might recognize your favorite parlor, or a pie purveyor that’s brand new to you.

Consider this your passport to a world of pizza styles (and an excuse to try them all).

Modern pizza as we know it can be traced back to Naples, Italy. That’s where our journey begins. Flatbreads with various toppings were an inexpensive and nutritious food sold at street stalls to people working low-wage jobs.

These first Neapolitan pizzas were made with simple ingredients such as garlic, lard and salt, and perhaps a bit of cheese and basil.

In 1522, Spaniards brought tomatoes from the Americas to Europe. By mid-century, people in Naples began using tomatoes as an ingredient and changed the course of Neapolitan pizza. Today’s traditional Neapolitan pizza features a crust made with flour, yeast, water and salt. The sauce is prepared with San Marzano tomatoes and salt.

Rafi Chaudry, CEO of Torn Label Brewing Co., has traveled to cities across the U.S. in search of different pizza styles. Here at home, he recommends Devoured, a local pizza pop-up that brings its “Neapolitan-esque pizzas” directly to customers through various pop-up and private events.

“The crust at Devoured is rightfully the star on their pizzas,” says Chaudry. “I love the creativity on display at their pop-ups just as much as the dough.”

Thanks to Carrie W. for recommending another nearby shop serving Neapolitan style: Pomodoro Pizza Napoletana in Liberty, Missouri.

When King Umberto I and Queen Margherita visited Naples in 1889, pizzaiolo Raffaele Esposito prepared three types of Neapolitan pizza for them. The queen favored the version topped with tomatoes, mozzarella and basil.

That approval gave acclaim to pizza margherita — a type of Neapolitan pizza — and elevated pizza in Italy from a local dish to national status worthy of royal appetites.

Naturally, pizza margherita is on the menu at both 1889 and il Lazzarone. But for the sake of comparison, we recommend sampling the versions at Bella Napoli, Lazia in the Crossroads Hotel and Cupini’s, too.

Providence Pizza brought Detroit-style pizza from the Motor City to the Paris of the Plains. Rectangular in shape, this deep-dish style features a crispy, chewy focaccia-type crust that’s thick but fluffy in texture. Typically, the pizza is smothered in brick cheese.

At Providence, “the flavor combinations are consistently compelling, and the Frico — the lacy, browned cheese crisp that adorns the edges of the pie — is a fitting crown,” says Chaudry.

You can build your own Detroit-style pizza at Providence, but we recommend trying a slice of the Motor City, shown in the photo at top. It’s got pepperoni, basil and red sauce topped with a three-cheese blend and dollops of ricotta. Take one bite and you’ll be hooked.

Moretina’s Caddy Shack also serves a Sicilian-style thin crust — round and topped with sauce inspired by a family recipe.

Sicilian pizza’s thick crust is soft and spongy, similar to focaccia, as a result of extended time that allows the dough to rise. Lining the rectangular or square baking pan with olive oil creates a crispy bottom crust, another signature trait. When ordering a Sicilian-style pizza, you can anticipate more sauce and cheese compared to a Neapolitan pizza.

You can also find Sicilian-style pizzas at Marco Polo’s Italian Market, located next to Jaspers in south Kansas City.

Grandma pizza hails from Long Island, New York. The appellation refers to first-generation Italian grandmothers and mothers in the early 20th century who adapted to American kitchen ovens and sheet pans. No fancy pizza stone or other kitchenware is used.

Like Detroit-style pizza, it's usually rectangular shaped, but instead has a thin crust — with the cheese covering the dough first, and then the sauce. Long Island pizzerias adopted the homespun style as an homage to household nonne who made “pizza of the house.”

“I wouldn't have imagined that a Turkish restaurant would offer Kansas City's best Grandma Pizza, but there's no question that Clay & Fire tops the local list,” says Chaudry. “It's not entirely traditional to the style’s Long Island roots as their version is circular rather than rectangular, but the fresh basil and garlicky tomato topping is a celebration of sweet simplicity.”

To add another stamp of approval, Kansas City Magazine declared Clay & Fire’s Grandma Pizza their “Pie of the Year” in 2022.

No other style inspires heated debate about authenticity quite like New York-style pizza. We’re talking about a large hand-tossed crust spread thin with a thick, crispy edge, topped with red sauce and shredded mozzarella. You can zhuzh up a slice with a dusting of oregano, red chili flakes, honey or Parmesan cheese if you must.

New York-style slices are thin and pliable enough to fold, and made to eat on the go.

Until you book a plane ticket to the Big Apple, try these local options and see what you think.

“New York is still one of the most-imitated styles,” says Chaudry. “Leone’s Original Pizza in Overland Park is a nostalgic favorite for many but its appeal goes beyond nostalgia. It is still the closest thing to an authentic New York slice to be found in these parts.”

Erik Borger, the former owner of il Lazzarone, went back to his East Coast roots when he opened Pizza Tascio in North Kansas City. Borger’s obsession with ingredients, process and the pursuit of perfection is no surprise to local foodies and fans of his pies. You can also find Pizza Tascio locations on 39th Street in Kansas City, in St. Joseph, Overland Park and even Lawrence.

The style’s other signature trait is the use of Provel cheese, a processed mixture of provolone, Swiss and white cheddar cheeses. Provel is not used in other pizza styles, and in fact, the blend isn’t widely available outside of the St. Louis area.

Good-natured trash talk aside, St. Louis-style pizza has a rich history worth exploring and tasting, whether this regional style inspires cringing or craving. Besides, Kansas City doesn’t have its own established style.

Maybe Missourians should embrace this contribution from St. Louis… maybe.

St. Louis-style pizza is available at Imo’s Pizza in Kansas City and Overland Park — this St. Louis-based chain may not be the style's inventor, but it's the shop that popularized and remains most famous (or infamous) for it today.

And, according to David B. and several other readers, Leo's Pizza in the northland serves up a delicious St. Louis-style pizza as well.

Several readers reached out with recommendations for where to find a good slice of deep-dish Chicago-style pizza. That list includes Abe's Pizza in Leavenworth — Chrystal P. says the Chi Pie is a must-try — and Rosati's in Overland Park.

“I’m a native Chicagolander and grew up eating Rosati’s," says Kelsey M. "My heart sang when I found out there’s one (now two) in Overland Park. I think I may’ve shed some real tears. Their double dough is a Chicago classic — and truly divine — but they also serve deep dish.” Thanks also to Josh S. and Susan L. for recommending Rosati’s.

Last but not least, Pizza Shuttle doesn’t represent a style as much as it is a lifestyle. It’s a slice of hot, greasy nostalgia, especially for Jayhawks. University of Kansas alumni, undergraduates and local pizza fans can get their Pizza Shuttle fix in Lawrence, Overland Park and Kansas City’s Crossroads.

Did we miss any other notable pizza styles in Kansas City, or forget about any notable must-try parlors? Drop us a line! 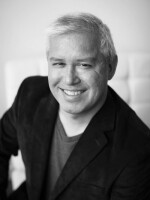 Pete Dulin
Pete Dulin is a Kansas City-based writer and author of four books, including Expedition of Thirst and Kansas City Beer: A History of Brewing in the Heartland.
See stories by Pete Dulin
Hungry For MO returns!
KCUR's podcast Hungry For MO is back with more stories about Missouri’s iconic foods, from barbecue to pizza and beyond.
Subscribe now
Latest Stories
Support news that matters in Kansas City
KCUR serves the Kansas City region with breaking news and powerful storytelling.
Your donation helps make nonprofit journalism available for everyone.
Donate Now
Related Content