In Kansas City, not only do we love to devour tasty dishes, we pay homage to the culinary folk who prepare them.

On the first half of Thursday's Central Standard, Jabulani Lefall talks with the creators of the recently-released book, Last Bite: 100 Simple Recipes from Kansas City's Best Chefs and Cooks.   The eclectic assortment of recipes were contributed by forty chefs and cooks, yet they share a common goal:  simplicity.  Last Bite is a tribute to those talented people behind the recipes.

Leffall is joined by Pete Dulin, Roy Inman and Eric Schotland to get a 'taste' of what's inside the book.

Pete Dulin is editor/author of Last Bite.  He is a food writer and editor based in Kansas City.  Dulin was the co-publisher, editor, and head features writer of PresentMagazine.com from 2006 to 2011.  This is his first book. Roy Inman, photographer, shot the 100 food images and 40 chef portraits in Last Bite.  Inman has documented the goings-on in Kansas City for more than half a century and contributed to, or photographed entirely, more than a dozen books. Eric Schotland, designer of the book, is a Kansas City-based graphic designer.  He has designed nearly a dozen books covering a range of topics that include humor, children's and entertainment-based themes.  Last Bite is his first food-based book. 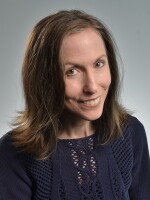