Meet the regulars of The Easy Inn in Kansas City, Kansas: 'This is my Cheers'

Situated in the Strawberry Hill neighborhood, The Easy Inn is more than a cozy dive — it's the center of a community. The fact that it's decorated like "grandma's basement" is only a plus.

This story is part of an occasional KCUR series called The Regulars, about Kansas City’s neighborhood hangs and the customers who bring them to life.

The Easy Inn is dressed up for Christmas, adorned in tinsel, lights, miniature trees and kitschy holiday ornaments. A flag on the wall — hung next to a deer head outfitted with a Christmas wreath — reads in cursive, “This ain’t no goddamn country club.”

Customers joke with the bartenders around a wood-paneled bar, drinking Hamms, Modelos and shots of Campari. The sounds of laughter and drunken conversation mingle with the soundtrack of holiday classics and the crisp whack of pool cues against pool balls.

Some friends and couples sit in leather booths, deep in conversation. Attire at The Easy Inn runs the gamut from the casual hoodie to black leather jackets studded with huge metal spikes.

“When you walk in it feels like grandma's basement,” says Taylor Sanchez, a years-long patron of the bar. “That's how it feels — the leather seats, the carpet on the floor.”

On an unassuming corner of Strawberry Hill, this cozy dive bar has become a Kansas City, Kansas, institution.

Sanchez is one of dozens of regulars who consider The Easy Inn more than a neighborhood dive. To them, the Strawberry Hill bar is a refuge — a place to find community, make friends, and take a load off after a stressful day.

The Easy Inn is a fairly young bar in an old building with a complicated history. The building was constructed in 1961 as the Colonial Club, but that bar opened and closed several times during its tenure on Strawberry Hill.

Current owner Blake Lostas — former owner of the Blind Tiger in Westport — purchased the building about five years ago and reopened it under its new name, The Easy Inn.

Dan Doty, 40, has frequented The Easy Inn for the last two years.

“I think it's the cast of characters that keeps me coming back,” Doty says. “There are so many different people represented here as far as race, ethnicity, age, sex, you name it, it's all here. But also everybody has fun together, which I think is really important.”

That sense of fun is apparent on a chilly Friday night in December. The bar’s loyal patrons shuffle between the bar, the pool table and the leather booths. Some head to the back patio for a smoke.

Every couple of minutes, a bartender swings open a wooden cabinet by the pool table to unearth a plate of hot food — anything from cheese curds to cheeseburgers. The food arrives via dumbwaiter from the kitchen downstairs, a staple feature of the building.

“I say this is my Cheers,” says Doty. “I am literally one of those people that walk in the door (and) it takes me 12 minutes to get a drink because I have to say hello to everybody.”

The Easy Inn is the kind of place where, as Doty notes, everybody knows everybody.

“In comparison to a lot of other bars that I've been to, it feels more like a clubhouse than a bar,” says Joey Cartwright. “Everyone who's a regular here is so regular and everyone has formed this really tight-knit sort of network.”

Over the years, Cartwright graduated from a frequent customer to a bartender.

“I met the owner of this bar coming here as a regular often, and we hit it off really good,” Cartwright says. “Eventually, he asked me when I was in between jobs if I would like to become his assistant for some of his property management, and then it went on to me partially running the bar.”

“I was like, ‘Oh, I really like these.’” he says. “I started drinking a lot of White Claws, and so I put a jar out ‘cause I wanted to turn the tabs of the White Claws into chainmail, ‘cause they have the multicolor tabs.”

“And then I created a whole chain mail suit, and I made cardboard armor out of the White Claw boxes and I was the White Claw Knight for Halloween,” he says. “As I came in with the costume, so many people that were at the bar had actually contributed to the costume.”

It’s that kind of camaraderie that keeps patrons like Cartwright and Sanchez coming back. Since Sanchez began frequenting The Easy Inn, she says the bar hasn’t changed much — and that’s what she likes about it.

“I know all of the people that come here, for the most part,” she says. “It makes me feel like home. There's always a seat at the bar for me.” 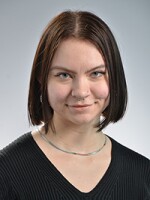