Rep. Emanuel Cleaver calls on federal government to do more for homeless students

Many homeless students fall through the cracks of a system meant to assist, including students in the Blue Springs School District. Officials say more resources are needed.

A leading advocate for homeless rights in Congress says the federal government must do a better job helping schools identify and assist students who are experiencing housing instability, a serious barrier to graduation for many youth.

U.S. Rep. Emanuel Cleaver’s comments come in the wake of a Center for Public Integrity analysis of federal education data that suggests roughly 300,000 children and youth entitled to rights reserved for homeless students are going unidentified by the school districts mandated to help them.

“It is tragic if we are not providing desperately needed help for kids who are just probably struggling every single day to make it,” said Cleaver, a Democrat from Missouri.

Public Integrity’s analysis revealed that many districts are likely undercounting. And about 2,400 districts did not report having any homeless students, despite levels of financial need that make such figures improbable.

Cleaver chairs the House Committee on Financial Services’ subcommittee that oversees efforts on homelessness. In 2020, the U.S. Government Accountability Office reviewed how the nation counts its homeless population after he raised concerns about under-identification concealing the true extent of need.

The government watchdog agency concluded that better oversight of data collection by the U.S. Department of Housing and Urban Development could improve the nation’s homeless population estimates.

Those tallies are separate from the counts required of schools. The McKinney-Vento Homeless Assistance Act, the federal law that provides money for homeless programs, mandates that schools identify students living in situations such as shelters, motels, cars and tents as well as those “doubled up” with extended family or friends after economic need forced them from home.

Districts must waive enrollment requirements, such as immunization forms, that could keep children out of class. They must refer families to health care and housing services. And they must provide transportation to and from school, including to students whose housing instability pushed them outside district boundary lines.

If students are not identified as homeless, they are not eligible for support and services.

Staff for U.S. Rep. Don Bacon, a Nebraska Republican who wants more consistent federal resources for homeless-student support, contacted several superintendents in his district after Public Integrity’s analysis showed likely undercounts there. Some of the school leaders expressed confusion over McKinney-Vento eligibility, especially when students are doubled up — a common reason children fall through the cracks of a system intended to help.

Another reason, Public Integrity found: The typical amount of federal funding for homeless students is so low that it doesn’t cover the extra support required. Some schools aren’t keen to look too hard.

Enforcing a federal law at the state and local level is challenging, Bacon said.

The U.S. Department of Education delegates enforcement to states. States where school districts do not follow the law are subject to increased monitoring, but the federal agency has declined to say how often that occurs.

“It’s very hard to force schools to do it the way we want. I don’t know that we have the big stick in this case, but we can help provide resources. We can encourage schools to do it,” Bacon said. “We’re never going to have perfection here, but I want to make sure we have resources.”

The 2021 American Rescue Plan made $800 million available to states and districts to identify and support homeless students, a one-time infusion far above the norm that school officials said was sorely needed. Bacon was a lead author of a “Dear Colleague” letter in April urging a similar funding boost for the McKinney-Vento law this year.

Cleaver, who signed the letter, said he plans to discuss undercounting with officials at the Education and Health and Human Services departments. The two federal agencies implement the McKinney-Vento law, the former for provisions involving schools, the latter for most other circumstances.

“There is so much that can be done that [this] is, frankly, a sore eye on all of us. Kids are out there needing help and not receiving it,” Cleaver said. “We are ready to be of help and support to any school district where there’s a problem.”

Reporting by KCUR, an NPR affiliate and one of the newsrooms that partnered with Public Integrity on the “Unhoused and Undercounted” investigation, focused on a Kansas City, Missouri-area school system in Cleaver’s district with a homeless-student count well below what financial need there would suggest is likely.

“I don’t know whether that was any intentional failure to provide the data that’s needed,” Cleaver said. “There are so many ways in which this act can help young people that I hope every school district in the country familiarizes [itself] with it and follows through.”

Across the nation, homeless students graduate at much lower rates than average. Without high school diplomas, they often face greater risk of housing insecurity as adults.

Difficulty securing a ride to school is one reason unhoused students tend to lag their peers academically. Federal law, on paper, guarantees homeless children transportation to school, even without a permanent address. That promise is not always readily delivered.

Public Integrity’s investigation detailed the experience of Beth Petersen, a mother in Southern California who said her son’s school district didn’t respond to emails asking staff to send a bus to their new, temporary address after the two became homeless and were forced outside district boundaries. Unable to continue paying acquaintances to drive the teenager to school, Petersen estimated her son missed a month of classes before the California Department of Education intervened at her request. At last, he can ride the bus to school.

Then there are the students whose districts do not even recognize they are homeless.

Public Integrity’s analysis compared the number of homeless students identified by school districts to a commonly used benchmark that estimates that one-in-20 students eligible for free- or reduced-price lunches experience homelessness. Advocates and researchers say this metric is likely still a conservative estimate — but 8,000 districts failed to meet it in both of two recent school years analyzed.

It’s the same benchmark Arkansas officials cited in a November presentation before the State Board of Education. Arkansas school districts identified about 1,300 fewer students experiencing homelessness in 2018-19 than expected when state officials applied the one-in-20 benchmark at the state level. The gap since then keeps growing — and Public Integrity’s analysis, which applies the benchmark at the district level, suggests that schools were missing even more students as of 2019-20.

Kimberly Mundell, a spokesperson for the Arkansas Department of Education, wrote in a statement to Public Integrity that the department conducts monthly meetings with districts’ liaisons to homeless students and works with community organizations to provide rapid response services.

Public Integrity’s analysis also flagged dozens of school districts in Mississippi where the number of students identified as homeless fell below benchmark estimates. Shanderia K. Minor, a spokesperson for the state Department of Education, said in a statement that under-identification of homeless children and youth “is likely,” citing “turnover rates and lack of understanding of the McKinney-Vento Act, especially for new staff.”

Minor highlighted the department’s efforts to train school districts on the law and review homeless data for “potential discrepancies.”

In Congress, officials charged with oversight of the school-related provisions of the law sit on the House Education and Labor Committee. Leaders there were not eager to discuss under-identification when asked for interviews or statements.

A spokesperson for U.S. Rep. Bobby Scott, a Democrat from Virginia and the current chairman of the committee, first said different committees provided oversight. When informed otherwise, she suggested seeking comment from the U.S. Department of Education. Scott’s office agreed to answer questions in writing after Public Integrity reporters kept pressing, then did not respond.

U.S. Rep. Virginia Foxx, the highest-ranking Republican member on the committee, also did not respond to requests for comment.

Nor did the U.S. Department of Education.

Before the pandemic, McKinney-Vento funding was so low that it equated to about $60 per identified homeless student nationwide. Several state departments of education contacted by Public Integrity said the one-time funding infusion from the American Rescue Plan allowed them to launch programs to help educators better understand the law’s requirements.

Among those was the Georgia Department of Education, which also gave money to districts “to address low reporting numbers and increase awareness.”

Students would benefit, spokesperson Meghan Frick wrote in a statement, if the typical level of federal funding increased to allow these efforts to continue.

Increased federal funding could help more school districts follow the example of North Thurston Public Schools in Washington state, a district profiled by The Seattle Times as part of the Unhoused and Undercounted investigation.

The extra investment in North Thurston has paid off. The graduation rate among homeless students there rose from 65% in 2017 to 81% in 2021, just seven percentage points shy of the overall district rate.

Barbara Duffield, the executive director of SchoolHouse Connection, a national advocacy nonprofit for homeless students, told The Seattle Times the navigator program was “what the McKinney-Vento Act at its heart was designed to do but with the resources to actually do it.”

But as the district runs out of money from the American Rescue Plan, it may have to cut two student navigator positions, The Seattle Times reported.

The “Dear Colleague” letter that Reps. Bacon and Cleaver signed months ago was a plea to sustain the federal funding, which benefited North Thurston and other districts. Congress has still not set its budget.

This story was originally published by the Center for Public Integrity. 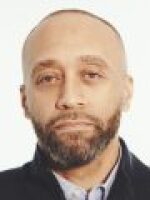 Corey Mitchell
Corey Mitchell is a senior reporter at the Center for Public Integrity. He writes about racial, gender and economic inequality in education.
See stories by Corey Mitchell 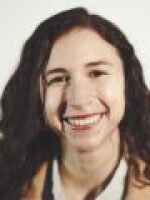 Amy DiPierro
Amy DiPierro is a data journalist at the Center for Public Integrity. She previously reported for The Desert Sun in Palm Springs, Calif. and BusinessDen in Denver, Colo.
See stories by Amy DiPierro
Hungry For MO returns!
KCUR's podcast Hungry For MO is back with more stories about Missouri’s iconic foods, from barbecue to pizza and beyond.
Subscribe now
Latest Stories
Support news that matters in Kansas City
KCUR serves the Kansas City region with breaking news and powerful storytelling.
Your donation helps make nonprofit journalism available for everyone.
Donate Now
Related Content