The Kansas Senate has passed a bill that bars people from switching the political party on their voter registration in the final weeks before a primary election.

The bill would move the deadline from the current two weeks before the election to about two months before a primary. Supporters of the bill say it protects Kansas primaries from meddling by people in other political parties who want to sway the outcome.

"Stealing elections and manipulating elections is not what the democratic process is about," says Sen. Julia Lynn, a Republican from Olathe.

The Senate has seen major changes in recent years. In the last election cycle, several moderate Republican members were defeated in primaries and replaced with conservative Republicans, who now control the chamber. The top Democrat in the Senate, Anthony Hensley from Topeka, calls the bill a denial of the rights of Kansans to express themselves through a vote.

He asks why the change is needed.

The chamber rejected an amendment that would have given voters seven days after the candidate filing deadline to change parties.

The House has already passed the bill, so the Senate's 27-12 vote sends it to Gov. Sam Brownback for his consideration. 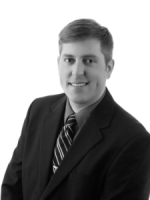