Celebrating The Birthdays of Cole Porter and Kenny Barron

This week on 12th Street Jump we celebrate the birthdays of Cole Porter and Kenny Barron.

(June 9, 1891 – October 15, 1964) was an American composer and songwriter. Born to a wealthy family in Indiana, he defied the wishes of his domineering grandfather and took up music as a profession. Classically trained, he was drawn towards musical theatre. After a slow start, he began to achieve success in the 1920s, and by the 1930s he was one of the major songwriters for the Broadway musical stage. Unlike most successful Broadway composers, Porter wrote both the lyrics and the music for his songs. -Wikipedia

(born June 9, 1943 in Philadelphia) is an American jazz pianist. Known for his lyrical style of playing, Barron has appeared on hundreds of recordings as both leader and sideman and is consequently considered one of the most important and influential jazz pianists since bebop.[1]-Wikipedia

On the funny side of things, Dr. Pearl helps Oprah and Ashton Kutcher adjust to their new jobs and later we hear how Cole Porter might have written about the current economic situation with a parody called “Everything’s Gone”.

Song List:
You Don’t Know What Love Is
It’s Too Darn Hot
Just One of Those Things
It’s Alright With Me
Bacchanal
I Concentrate On You
I’ve Got You Under My Skin
Love For Sale 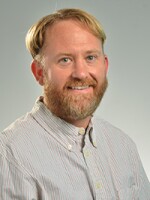