Seaboard Foods faces $27,000 in fines over working conditions at a hog-processing plant

The Seaboard plant in Guymon, Oklahoma, failed to record injuries that required more than basic first aid and place protections to prevent injuries from repetitive motions and lifting.

Seaboard Foods faces $27,306 in possible fines for failing to report and prevent injuries at its pork processing plants.

The Seaboard plant in Guymon, Oklahoma, failed to record injuries that required more than basic first aid and put protections in place to prevent injuries from repetitive motions and lifting, according to a citation from the Occupational Safety and Health Administration.

In what OSHA describes as a “serious” violation, workers were required to lift boxes that range from 50 to 90 pounds from conveyer belts to pallets. The agency said that presents an ergonomic risk that could lead to musculoskeletal disorders that affect the shoulder and lower back.

Steven Kirby, the OSHA area director in Oklahoma City, said ergonomic hazards and musculoskeletal injuries are common. But he said there hasn’t been an investigation related to an ergonomic hazard complaint in the region in a long time.

“The potential is there because of the nature of the work,” Kirby said. “We hadn’t had an ergonomics complaint, or issue, in Oklahoma in several years.”

According to the U.S. Department of Labor, musculoskeletal disorders are one of the most frequently reported causes of lost work time.

Seaboard has 15 days to comply, request an informal conference with OSHA’s area director, or contest the findings. Kirby said the fees could go down in the negotiation.

“Even though the penalties are in there, a lot of the negotiation, a lot of the settlement has to do with how the company is going to take corrective action, the timeliness of the corrective action and the factors that would be involved in moving forward in preventing these types of occurrences from happening again,” Kirby said.

Seaboard is the country’s second-largest hog grower, and the fourth-largest hog processing company.

“It’s a permanent injury to their bodies,” Rosas said. “When employers disregard the well-being of their workers, this has implications for the rest of their life.”

The union has also filed complaints against Seaboard for failing to establish practices to protect employees from COVID-19, Kirby said, but that complaint was closed after the agency found no violations.

Seaboard spokesman David Eaheart said the company fully cooperated with OSHA’s inspection and is aware of the citations. He said it plans to cooperate with OSHA to resolve the citations. 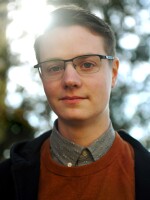