Our film critics share their favorite holiday movies that, even years later, still uphold the spirit of the season.

With the rise of commercial influence in films, many wonder if Hollywood can still produce a great holiday movie — and if anything will match up to 2003's "Elf," the last blockbuster piece of Christmas cinema.

Film critics Mitch Brian and Erin Hamer Beck joined KCUR's Up To Date to present some of their favorite movies for the joyful season. Here are their current recommendations: 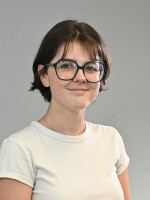