After nearly 120 years, jockey Issac Burns Murphy's winning record is still the highest in American horse racing history.  Though he won three Kentucky Derbies and set numerous records throughout his career, Murphy had to deal with the harsh reality of being black in the still deeply segregated South.

On this edition of Up to Date Pellom McDaniels III talks with Steve Kraske about his new biography of "The Prince of Jockeys" whose life and career spanned the Civil War, Reconstruction, and Jim Crow.

Guest:  Pellom Mc Daniels III is an Assistant Professor of African American Studies at Emory University and the author of The Prince of Jockeys: The Life of Isaac Burns Murphy.

Up To DatesportsRacismbiographies
Stay Connected 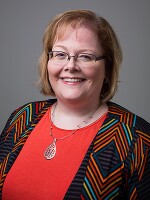