The Kansas Department of Transportation opened bids Wednesday on a highway project that is key to legislative races in southeast Kansas.

The project would expand U.S. Highway 69 from two lanes to four between Kansas City and Pittsburg — something residents of that part of southeast Kansas say is essential for safe movement of people and goods.

Five companies bid between $20 million and $23 million on a contract for the first stage of the project in Bourbon County.

KDOT officials will spend the next couple weeks reviewing the bids before the actual contract is awarded. There’s no timeline yet for the project’s completion.

The U.S. Highway 69 project was on the Kansas Department of Transportation’s schedule at the beginning of the year, but was among dozens delayed in April as money was swept from K-DOT to help balance the state budget.

Jake LaTurner, a Republican state senator from Pittsburg who’s up for reelection, urged Governor Sam Brownback to reinstate the project.

A month later, the governor announced that KDOT had freed up about $25 million to do so.

Democrats said the move smacked of political favoritism, given that other projects remained on hold.

LaTurner’s Democratic challenger, Lynn Grant, said at the time that she was “concerned that this announcement may be just another election-year promise that won’t be kept.”

But at a recent news conference Brownback said Highway 69 remains a high priority.

“It’s going to be a four-lane road,” Brownback said. “I’ve said that previously. We’re going to get it done.”

Andy Marso is a reporter for KHI News Service, a partner with us in a statewide collaboration covering elections in Kansas. Follow Andy on Twitter @andymarso.

Andy Marso
Andy Marso is a reporter for KCUR 89.3 and the Kansas News Service based in Topeka.
See stories by Andy Marso 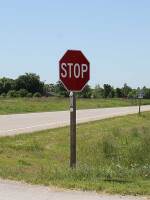