For many former students of the University of Missouri-Columbia, events of recent weeks bring back memories. Some are good, but many are not. For those alums, racial bias has always been part of the sub-text of their Mizzou experience.

And while some alumni welcome announcements this week that Tim Wolfe, president of the University System, is leaving, and R. Bowen Loftin, chancellor of the Columbia campus, is changing jobs, others question whether those actions alone will be enough to solve long-standing problems.

“I think (Wolfe) is the scapegoat for a larger issue,” Rochelle Aaranson, of Chesterfield, told St. Louis Public Radio “The items that the protesters want addressed will be more long term. If people are looking for instant gratification, they are going to be disappointed.”

Aaranson, a 1986 graduate of the School of Journalism, shared her own stories of discrimination. “I am Jewish, so it was not easy for us either,” she wrote. “I remember sitting in the Commons and people would push their agenda on us all the time. Campus Crusaders (for Christ) was big back then, and they were very religious, Christian zealots. My son is a student at Mizzou, and the whole climate is very disturbing right now. I just want him to be safe and to be able to go to school.”

Recent signs of racial strife include reports that a swastika formed with human feces was found on a wall in a dorm bathroom.

In addition to Aaranson, several other alumni shared their reactions with St. Louis Public Radio through the Public Insight Network. Following are samples of responses we received; they have been edited for length and clarity.

Describe the racial climate and your college experience.

My first day in nursing school, I was made to walk around the room and show my fellow classmates my hands. My instructor asked the class to pay close attention to my nail beds. She went on to tell them that they will notice that it is a little darker around the cuticle and when bathing a black person, do not mistake that for dirt. I was appalled.

— Felicia Butler, Florissant, was told by an academic adviser that she would never get into the nursing program because she was not smart enough. She has a master's degree in nursing and is a nurse practitioner.

Coming from St. Louis in the early 80s, the realities of race were no surprise. ...The coping is different, though the issues of racial discomfort continue for many students, and not just at Mizzou. For the record, I loved Mizzou. I only had to protest one time and that experience taught me a valuable lesson about the difference between commitment and conviction.

— John Harris, Lincoln, Neb., is a retired administrator at the University of Nebraska

There were very few black students when I was at Mizzou 1977-1981. I noticed it even then, because I grew up in Webster Groves, where we had a nice mix of black and white. ... I joined the sorority that I did because I thought the song leader was black ... ended up she was just really tan with curly hair.

— Kathy Bernard, St. Louis. She said it was at least 35 years later before she saw black people in her sorority's national magazine.

What is your reaction to the resignation of President Wolfe and Chancellor Loftin?

If the alleged incidents are bona fide, and if alleged apathy (by Wolfe) is true, then HOOOORAAAAY! As the leader of a major educational institution, he should be setting an enlightened example for his staff, instructors and students. If he wouldn't or couldn't, then he should be replaced.

I think this was about much more than race. This was about leadership. In the end, I think Tim Wolfe did a great thing. He put his love for Mizzou before his personal situation and set a tone for healing.

It was a necessary decision. The recent racial tension at the Columbia campus is concerning, and his inability to engage in timely dialogue further exacerbated the situation.

— Terry Blastenbrei, Olathe, Kan., earned his bachelor's degree from the University of Missouri, St. Louis in 1999.

I am so proud of the students, faculty, football players and their coach for banding together to bring this issue to light. It sends a strong message that people in power cannot ignore or become apathetic about racial intimidation on college campuses. Black students pay just as much to attend Mizzou as white students. They should not have to be subjected to racial intimidation.

This report contains information gathered with the help of KCUR radio and our Public Insight Network. To learn more about the network and how you can become a source, please click here. 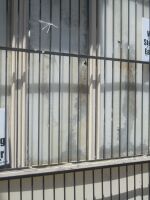 Linda Lockhart
Outreach specialist Linda Lockhart has been telling stories for most of her life. A graduate of the University of Missouri's School of Journalism, she has worked at several newspapers around the Midwest, including the St. Louis Post-Dispatch, as a reporter, copy editor, make-up editor, night city editor, wire editor, Metro Section editor and editorial writer. She served the St. Louis Beacon as analyst for the Public Insight Network, a product of Minnesota Public Radio and American Public Media that helps connect journalists with news sources. She continues using the PIN to help inform the news content of St. Louis Public Radio. She is a St. Louis native and lives in Kirkwood.
See stories by Linda Lockhart
Hungry For MO returns!
KCUR's podcast Hungry For MO is back with more stories about Missouri’s iconic foods, from barbecue to pizza and beyond.
Subscribe now
Latest Stories
Support news that matters in Kansas City
KCUR serves the Kansas City region with breaking news and powerful storytelling.
Your donation helps make nonprofit journalism available for everyone.
Donate Now
Related Content