A series of videos on YouTube and Facebook in Spanish are designed to get new visitors to the state's parks.

The Missouri Department of Conservation is trying to attract more Spanish-speaking visitors to state parks by using social media videos.

“We believe Spanish-speaking Missourians are an underrepresented group at state parks and conservation areas,” said spokesman Dan Zarlenga. “We believe that the outdoors and nature, and fishing, hunting, all those kinds of things have universal appeal. And we want to engage as many people as we can in those types of activities.”

The department has posted them on YouTube and its Facebook page. The videos have received between 300 and 1,000 views each.


Targeting videos about the state’s parks to Spanish-speaking immigrants is a good idea, said Yolanda Lorge, president of Grupo Latinoamericano, an outreach and advocacy group based in Springfield.

“These people, for the most part, like to go to parks. To begin with, because so many of them came from rural areas, either Mexico or Central America. And many of them like to fish, for instance,” Lorge said.

But Lorge also said just putting materials in Spanish isn’t enough. She said it takes a full outreach effort to a community to show an understanding and respect that goes past just the language.

Zarlenga said that the department is working with Spanish language radio and TV stations and online groups to make those connections, but that it’s too early to know how well it’s working.

“It’s just an effort to get a toe in the water with this, so we don’t have a real structured way of getting feedback as of yet,” Zarlenga said. 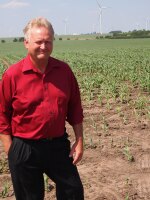