As Election Day in Kansas City nears, political polls are proliferating. Here's how to read them

With political seasons come lots of polls. Being able to trust a poll depends on different factors that can be hard to understand without knowledge of statistics and how it was conducted.

With the 2022 primaries coming up, polls are proliferating. But two area political experts suggest that voters not put too much trust in pre-election polls.

“The issue isn't so much that they deliberately bias the polls, the issue is that they're looking at the so-called horse race, who's going to win the election,” he said.

It can be difficult for the average voter to understand how polls and polling groups work. Being able to trust the poll depends on a number of different factors that can be hard to understand without knowledge about statistics and how polls were conducted.

Robynn Kuhlmann, a professor at the University of Central Missouri, agreed.

One poll is just a snapshot of an opinion, she said.

“What I tend to tell my students is to pay attention to a variety of different aspects,” said Kuhlmann, who teaches American politics and research methods. “To make sure that all the answers are available when you’re making an assessment of what the measure is telling [you].”

These aspects include who is conducting the poll and if there are any errors within the poll’s results.

She also said that pre-election polls are different from polls on policy positions. To conduct valid pre-election polls, researchers must take into account variables such as voter rules in the jurisdictions being polled and the number of voters in past elections.

Here are Kuhlmann and Smith’s recommendations for interpreting each news story about a new poll.

Smith recommends the Pew Research Center for trustworthy polls. It is free and accessible to people with internet access.

Know the type of sample.

Different polls use different types of sampling, including random and snowball.

Random sampling — surveying a population “randomly and appropriately from the larger population,” according to the American Association for Public Opinion Research — is the best form of polling, Smith said.

“Random is the city on the hill. It’s the Holy Grail. It’s the gold standard,” he said.

Snowball samples are used to tap into particular networks or hard to find populations.

Consider the margin of error.

When taking a sample, there’s always going to be what is called a sampling error. There is less room for error if there is a larger population and more diverse sampling pool. The smaller the population size, the greater the margin of error.

Ultimately, Smith said, as a political scientist he prefers looking at trends and issues that are important to him as a voter rather than pre-election poll results. 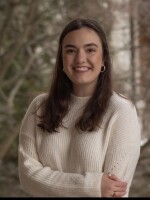 Danie Alexander
As senior producer of Up To Date, I want our listeners to hear familiar and new voices that shine light on the issues and challenges facing the myriad communities KCUR serves, and to expose our audiences to the wonderful and the creative in the Kansas City area. Just as important to me is an obligation to mentor the next generation of producers to ensure that the important conversations continue. Reach me at alexanderdk@kcur.org.
See stories by Danie Alexander
Support for KCUR's Up To Date Comes From
Support news that matters in Kansas City
KCUR serves the Kansas City region with breaking news and powerful storytelling.
Your donation helps make nonprofit journalism available for everyone.
Donate Now
Related Content