As Missouri lawmakers consider a slew of anti-LGBTQ bills, a Kansas City Democrat is fighting back

"Why are we legislating something you don't understand?" asked state Sen. Greg Razer.

Three of the bills aim to ban gender-affirming care for transgender kids. Another three propose banning transgender girls and women from playing on sports teams that align with their gender identity. One of the bills proposes making it illegal for drag performances to occur in public spaces.

Democratic state Sen. Greg Razer, of Kansas City, is one of six openly-LGBTQ lawmakers in the Missouri legislature. He says these bills feel personal to him.

According to the American Civil Liberties Union, Missouri has filed more bills that target the LGBTQ community in its 2023 legislative session than any other state.

Razer says the growing momentum behind these bills motivates him to push back even harder.

“I'm ready to stand up for these kids who are being attacked by adults that are in the legislature," he says. "And these adults, when asked, freely admit that they don't understand the issue.”

State Sen. Greg Razer joined KCUR’s Up To Date to share his thoughts on the anti-LGBTQ bills in the Missouri legislature. 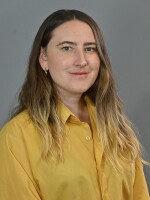